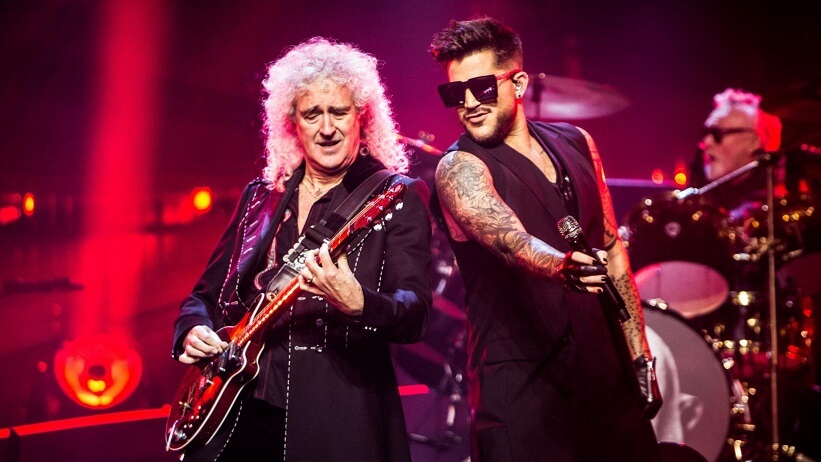 During a show in Las Vegas, Queen, who now performs with Adam Lambert as lead singer since 2011, included Elvis Presley’s cover song “Heartbreak Hotel” on the setlist.

Queen will release the film Bohemian Rhapsody, which tells the story of the band on November 2

“Heartbreak Hotel” is a song recorded by American singer Elvis Presley. It was released as a single on January 27, 1956, Presley’s first on his new record label RCA Victor. It was written by Tommy Durden and Mae Boren Axton.

A newspaper article about the suicide of a lonely man who jumped from a hotel window inspired the lyrics. Axton presented the song to Presley in November 1955 at a country music convention in Nashville. Presley agreed to record it, and did so on January 10, 1956, in a session with his band, The Blue Moon Boys, the guitarist Chet Atkins, and the pianist Floyd Cramer.

“Heartbreak Hotel” comprises an eight-bar blues progression, with heavy reverberation throughout the track, to imitate the character of Presley’s Sun recordings.