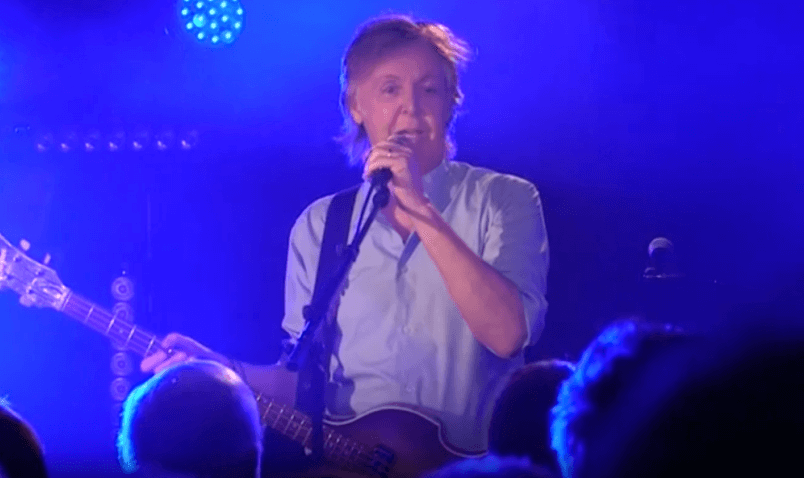 Paul McCartney returned to the iconic Cavern Club in Liverpool last Thursday, 26, and hosted an intimate show for fans. There, the former Beatles performed almost 30 songs between Fab Four classics, Wings releases and their solo career.

The show marks the second time McCartney has returned to the Cavern Club since the Beatles made history on the spot in the 1960s. The first time was in 1999 when he recorded the DVD Live At The Cavern Club.

About 270 lucky fans were able to watch the former Beatles at the spot where he, Ringo Starr, John Lennon and George Harrison performed nearly 300 times during the brilliant career. The surprise is part of the release of the next solo album by Macca, Egypt Station, scheduled to leave on September 7.

Below you can see a video released by the British newspaper Daily Mail and then the setlist of the show.