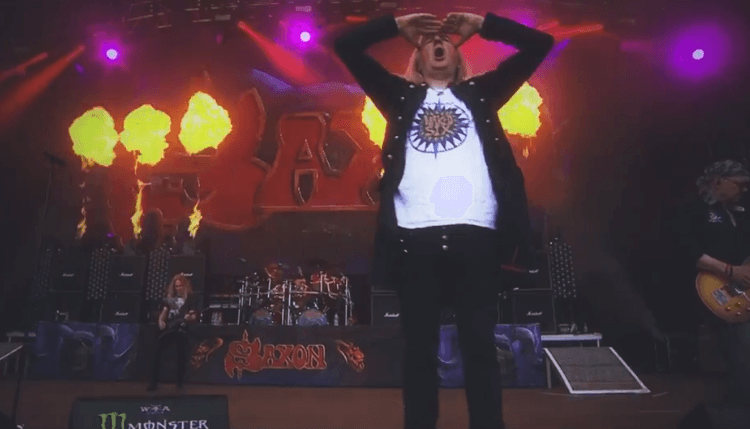 Saxon just released a new video for their recent song “Thunderbolt”, they will release their 22nd studio album of the same name, on February 2 via Militia Guard (Silver Lining Music). Their last record was 2015’s “Battering Ram”

Frontman Biff Byford talked about the song with Blabbermouth.

“[‘Thunderbolt’ is] a storming, smashing, thundering collection of tracks we’ve been crafting with producer Andy Sneap and it’s finished ready to be unleashed. Stand clear and fasten your seat belts!”

Next year, the band is scheduled for a big “Thunderbolt” 2018 European tour (you can check the dates here).

The will be joined by Diamond Head and metal trio Rock Goddess. They will perform on the scheduled U.K. dates, with very special guests MAGNUM on the U.K. Hull date only. However, Saxon doesn’t stop there — dates for “Thunderbolt” tour part two will be announced in early 2018.

“Thunderbolt” will feature the song “They Played Rock And Roll”, written about and dedicated to Motörhead.

Byford previously said that he gave the track that title because

“that’s what Lemmy used to say every night [from the stage].” He added: “It’s basically about early MOTÖRHEAD — ’79/’80 MOTÖRHEAD, like around ‘No Sleep ‘Til Hammersmith’, ’cause that’s the tour we were on, that one. So, yeah, it’s about the band, really, and their music.”