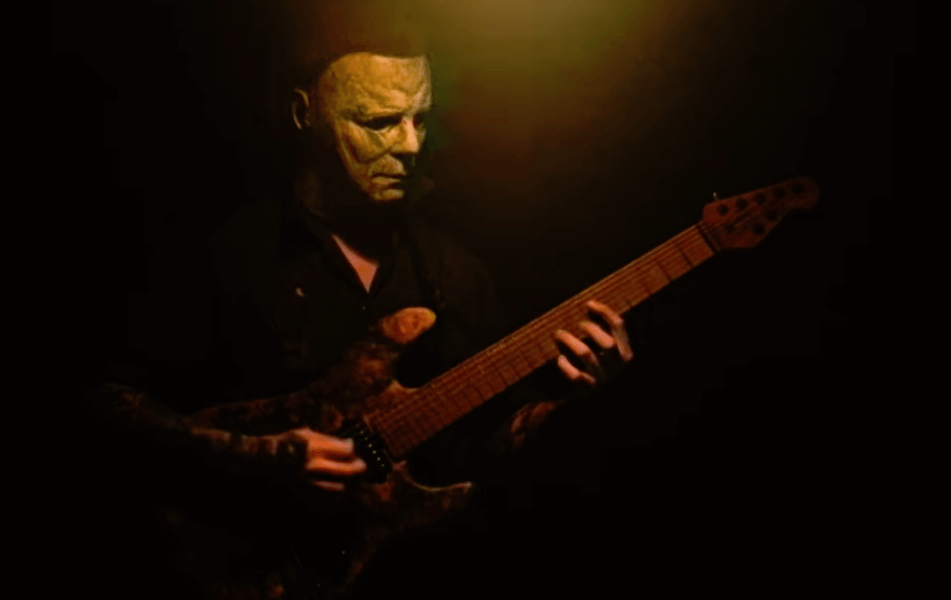 Guitarist Jason Richardson has incorporated the iconic Michael Myers from “Halloween”! Jason put on the mask to reveal his heavy metal version of the movie’s classic theme.

Richardson has played in the deathcore band Chelsea Grin and in the metalcore group Born Of Osiris.

See him as Michael Myers playing the theme:

Halloween is an American horror franchise that consists of eleven films, as well as novels, comic books, merchandise, and a video game. The franchise primarily focuses on serial killer Michael Myers who was committed to a sanitarium as a child for the murder of his sister, Judith Myers.

Fifteen years later, he escapes to stalk and kill the people of the fictional town of Haddonfield, Illinois while being chased by his former psychiatrist, Dr. Sam Loomis. Michael’s killings occur on the holiday of Halloween, on which all of the films primarily take place.

The original Halloween, released in 1978, was written by John Carpenter and Debra Hill, and directed by Carpenter. The film is known to have inspired a long line of slasher films.

See Jerry Lee Lewis net worth, lifestyle, family, house and cars
Vinnie Vincent plays guitar on stage for the first time since the 90s
To Top