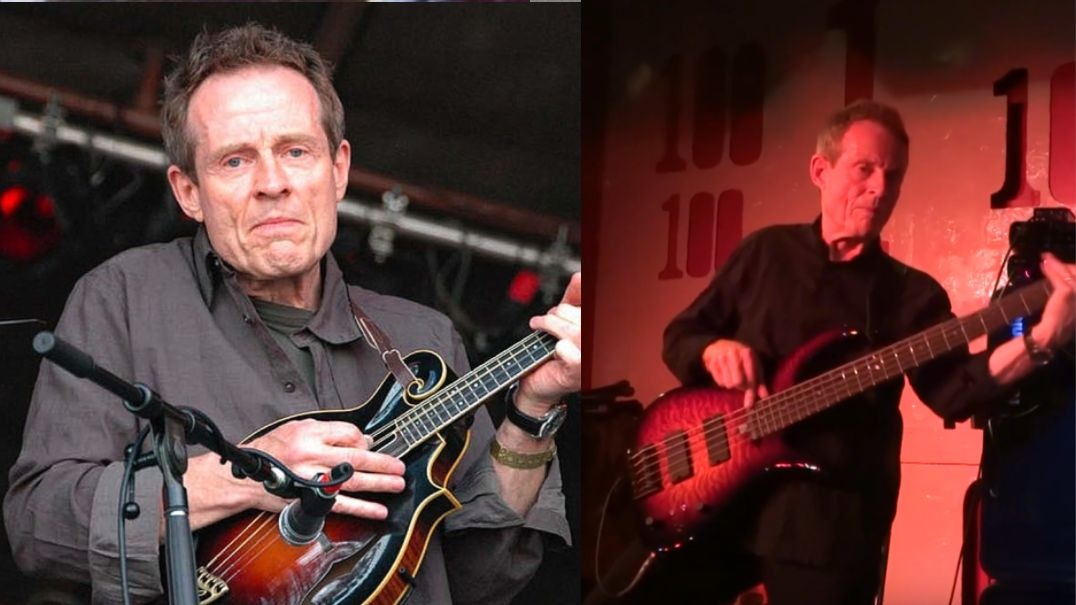 Led Zeppelin legendary bassist John Paul Jones joined Sonic Youth’s Thurston Moore and Steve Noble to perform at a charity concert in London on March 28. The appearance on the small 100 Club was an aid to the local radio station, Resonance FM, a non-profit organization created by the London Musicians’ Collective.

John Richard Baldwin (born 3 January 1946), better known by his stage name John Paul Jones, is an English musician and record producer who was the bassist and keyboardist in the rock band Led Zeppelin. Prior to forming the band with Jimmy Page in 1968, he was a session musician and arranger. After the death of drummer John Bonham in 1980, Zeppelin disbanded and Jones developed a solo career. He has collaborated with musicians across a variety of genres, including Josh Homme and Dave Grohl with the supergroup Them Crooked Vultures.

During his time as a session player, Jones often crossed paths with guitarist Jimmy Page, a fellow session veteran. In June 1966, Page joined The Yardbirds, and in 1967 Jones contributed to that band’s Little Games album. The following winter, during the sessions for Donovan’s The Hurdy Gurdy Man, Jones expressed to Page a desire to be part of any projects the guitarist might be planning.

Later that year, The Yardbirds disbanded, leaving Page and bassist Chris Dreja to complete previously booked Yardbirds dates in Scandinavia. Before a new band could be assembled, Dreja left to take up photography.