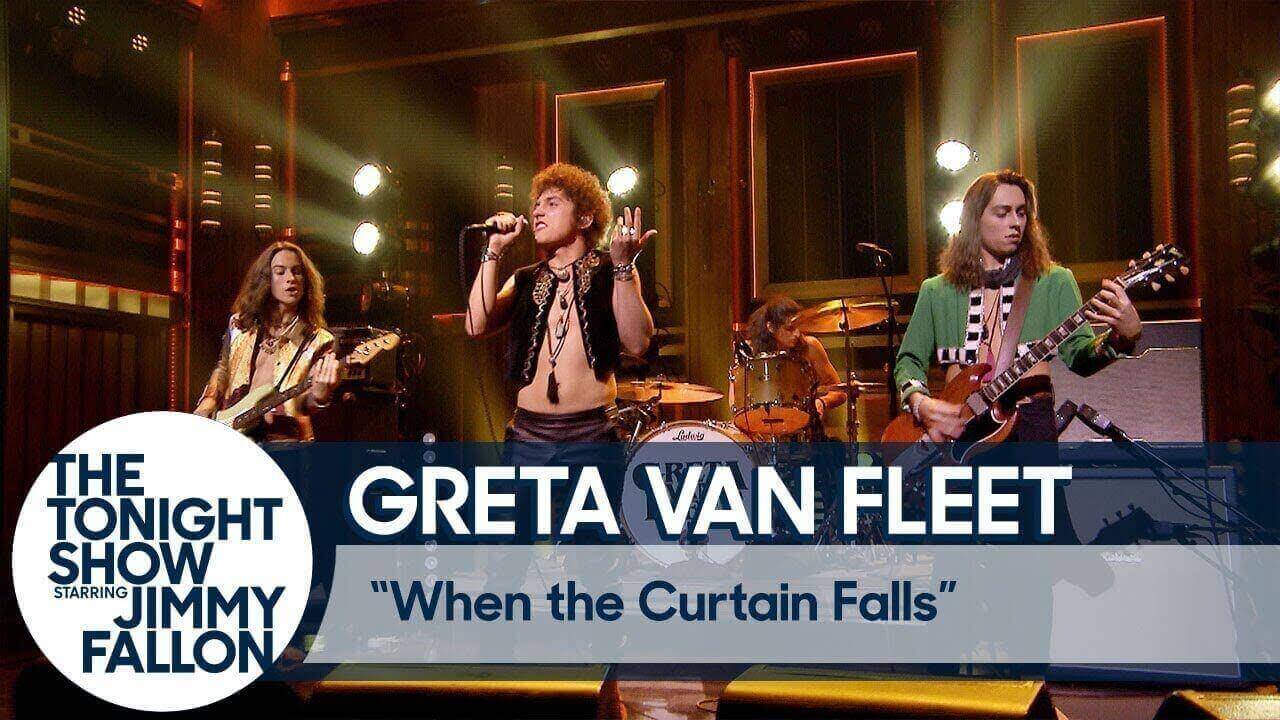 The young sensation Greta Van Fleet was on Jimmy Fallon’s show recently. There the group performed “When The Curtain Falls”, new single that must be part of the debut album of the guys, to be released in the coming months.

Over there, the guys have shown all the praise they have received lately, including comparisons with Led Zeppelin – especially between vocalists Josh Kiszka and Robert Plant.

The american band was formed in 2012. Its members are the Kiszka brothers (Josh, Jake and Sam) and Danny Wagner.