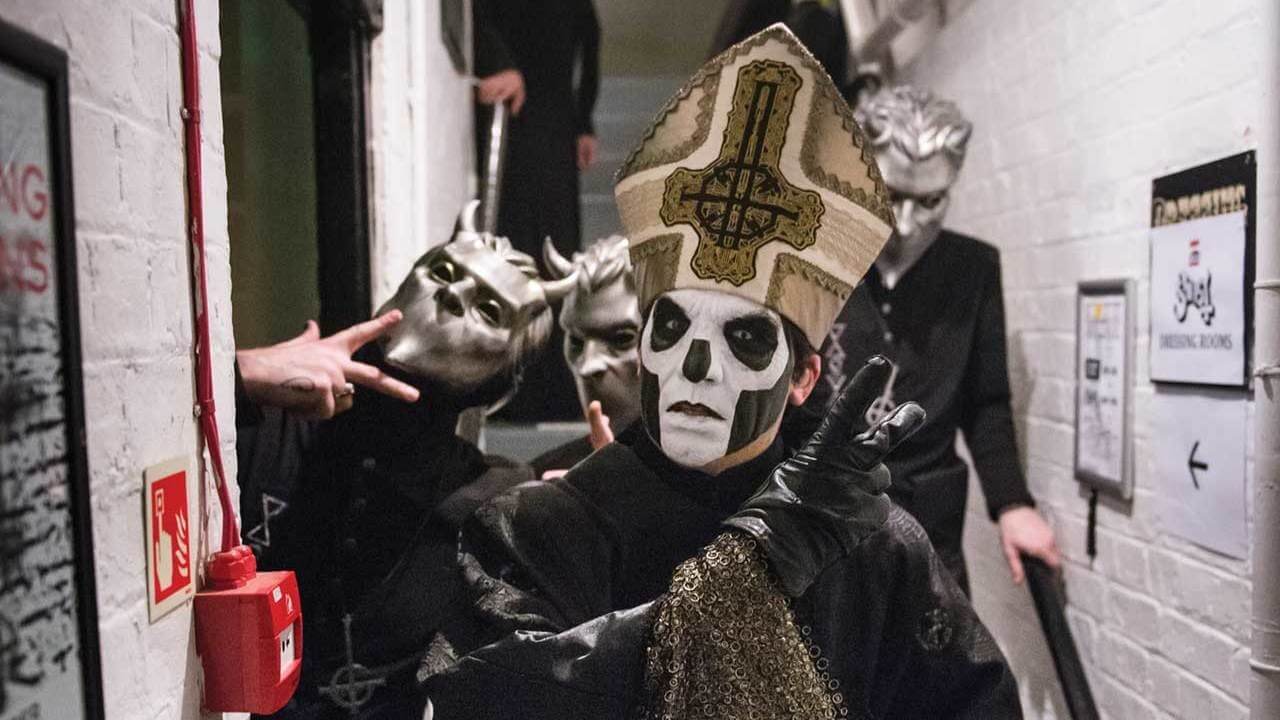 The Swedish band Ghost does not skimp on features to provide a different experience in their shows and now you can check out some of the band’s work to deliver a good show.

Between one joke and another, the mini-documentary The Devil’s Hands shows the sound, light, costume designer and tour manager presenting what a day is like on the tour with Ghost, which barely appears in the video.

At the end of its almost 15 minutes, the movie shows the area of ​​the dressing rooms that has a separate room for the vocalist. As for the rest of the band, they take advantage of the room to “pet the cat” and a sauna before taking the stage.

Check out the documentary The Devil’s Hands below:

According to Corren.se, Ghost frontman and founder Tobias Forge has failed to reach an agreement with former members of the band who sued him earlier this year. The four musicians accused him of cheating them out of their rightful share of the profits from the group’s album releases and world tours.

Back In Time: George Harrison performs “All Things Must Pass” on VH1
Great Forgotten Songs #22 – The Who “Going Mobile”
To Top