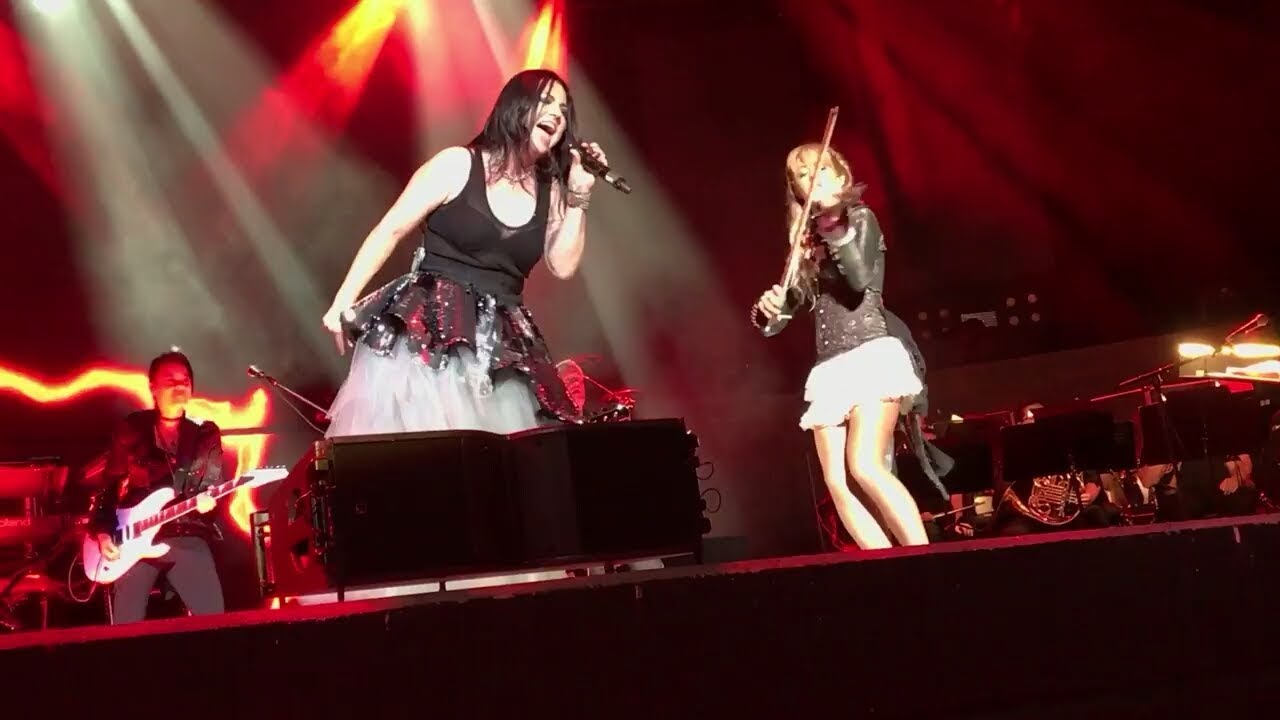 Evanescence and violinist Lindsey Stirling played the song “No More Tears” by Ozzy Osbourne at the New York concert on August 11.

The concerts of this joint North American tour are accompanied by a full orchestra.

Stirling participates in the last single released by Evanescence, “Hi-Lo”, which is part of the album Synthesis.

No More Tears is the sixth studio album of the solo career of Ozzy Osbourne. Released on Sept. 17, 1991, the album reached seventeen positions on the UK Albums Chart and number seven on the Billboard 200.

No More Tears spawned five singles, of which four reached the Hot Mainstream Rock Tracks, including “Mama, I ‘m Coming Home’, which reached the second position. The album also contains the song “I Don’t Want to Change the World,” which won a Grammy. It is one of the two top-selling Osbourne albums in North America, alongside Blizzard of Ozz, having been awarded quadruple platinum discs by the RIAA and double platinum discs by CRIA.