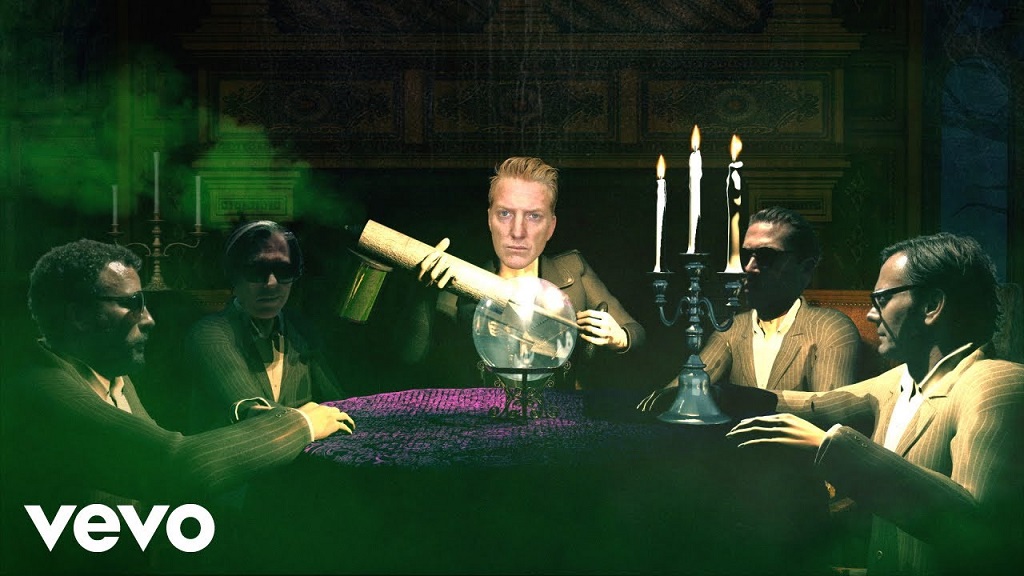 Queens of the Stone Age released a lyric video for “Head Like a Haunted House” this Monday, 19. The look arrives a few months after Villains, disc in which the band appears, seventh and more recent work of the North American band.

Liam Lynch created and directed the record, which features an animated version of Josh Homme as the main character. In the video, the vocalist meets skeletons, ghosts, unicorns, giant rabbits, spaceships, scary cats … and many other bizarre elements of a haunted house.

This is the second look released for a Villains song, being the first of “The Way You Used to Do”.