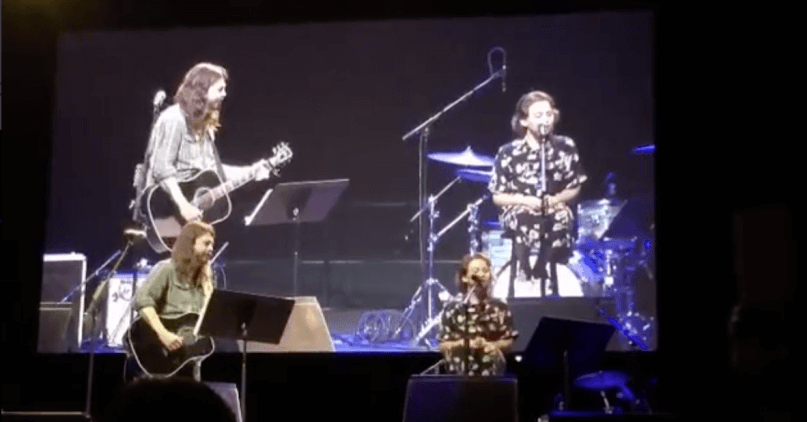 Last Saturday (12) night, Dave Grohl attended a very special show. This is a charity presentation for a children’s hospital, and there the guy had acoustic versions of Foo Fighters songs like “Everlong”, “Times Like These” and “My Hero”.

In addition, Grohl also sang Adele’s “When We Were Young,” alongside her 12-year-old daughter, Violet, who showed talent.

In Foo Fighters’ “Sky Is A Neighborhood,” Dave also had his other daughter, Harper, 9, who contributed backing vocals and then played drums during a cover of “We Will Rock You” Queen.

You can watch the videos just below.