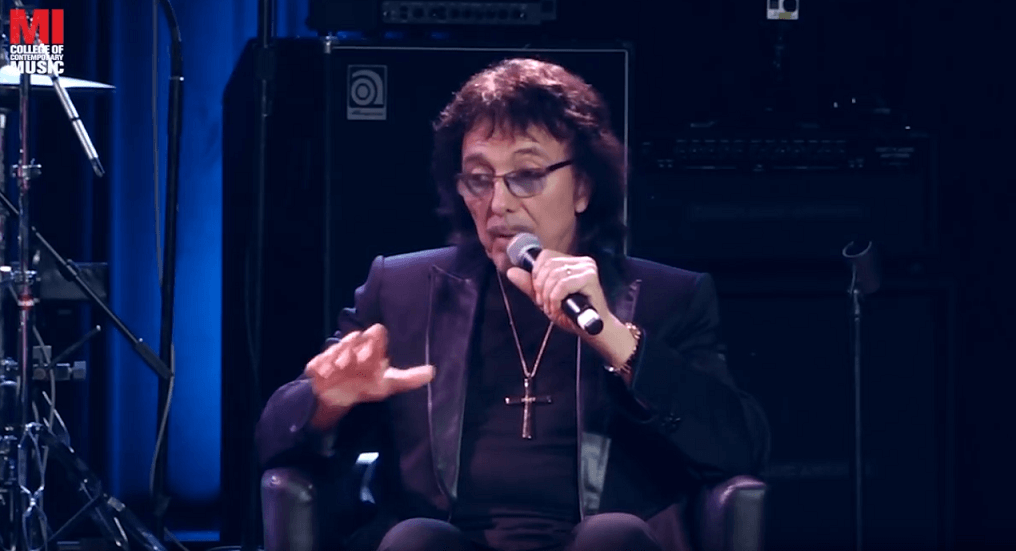 The legendary “riffmaster” Tony Iommi, the foundation of Black Sabbath, the only member that was in every formation of the band, talked with Loudwire about many subjects like chopping off his fingers, early bands, career and more.

Born Frank Anthony Iommi in 19, February, 1948, Iommi established himself as a guitarist, songwriter and producer, being also the lead guitarist and founding member of the Black Sabbath, that was responsible to create Heavy Metal.

While working in a factory as a teenager, Iommi lost the tips of the middle and ring finger of his right hand in an accident. The event crucially affected his playing style. He briefly left “Earth” (The Band before it was named Black Sabbath), in 1968 to join Jethro Tull. But in 1969 he returned to Black Sabbath, and it was when they recorded their self-titled debut album.

He was ranked number 25 in Rolling Stone magazine’s list of the “100 Greatest Guitarists of All Time”. And in 2011 he published his autobiography, entitled Iron Man: My Journey through Heaven and Hell with Black Sabbath. 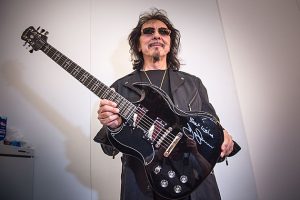 In 2012, Iommi was diagnosed with the early stages of lymphoma, for which he underwent successful treatment. Black Sabbath’s 2013 tour dates were arranged so that Iommi was free to return to the UK once every six weeks to have an antibody administered.

According to a report in Rolling Stone magazine from 9 December 2016, Iommi revealed that he was due to have an operation to remove a lump from his throat. In an early 2017 interview with the UK radio show Planet Rock, Iommi explained that the lump wasn’t cancerous.