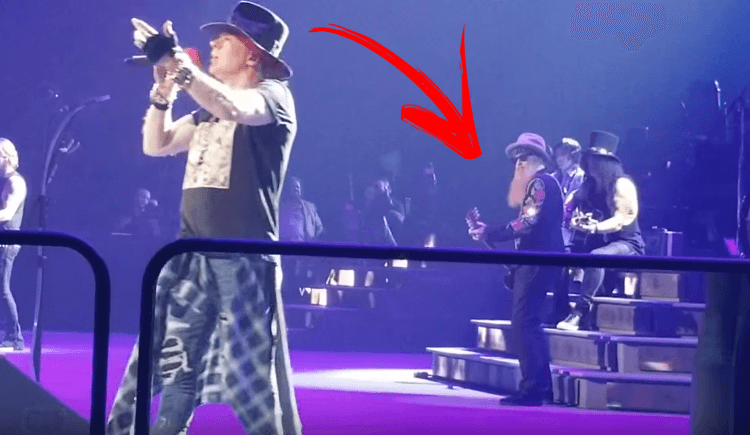 ZZ TOP had previously opened for the band a couple of shows in Texas in early September.

This concert was part of Guns’ “Not In This Lifetime” tour, that is the most popular and highest-grossing global tour of 2017, according to Pollstar.

It seems Slash, Duff McKagan and Axl Rose are friends again, since the tree are touring for almost one year and half, and now they announced a summer European Tour for 2018 and they are in shape!

This new European leg of the “Not in This Lifetime” tour, includes headlining appearances at several festivals.

The kick off will be in June 3 in Berlin, Germany, conclude on July 21 in Gothenburg, Sweden. The dates will include an appearance at the U.K.’s Download festival on June 9 and a June 21 headlining slot at Belgium’s Graspop Metal Meeting.

“It’s great to have this iconic line up of Guns N’ Roses headlining at Download,” promoter Andy Copping said in a statement. “I am sure I am not alone when I say I have been wanting this to happen for years. It will be an incredible show and will be one of the highlights of the Download weekend.”