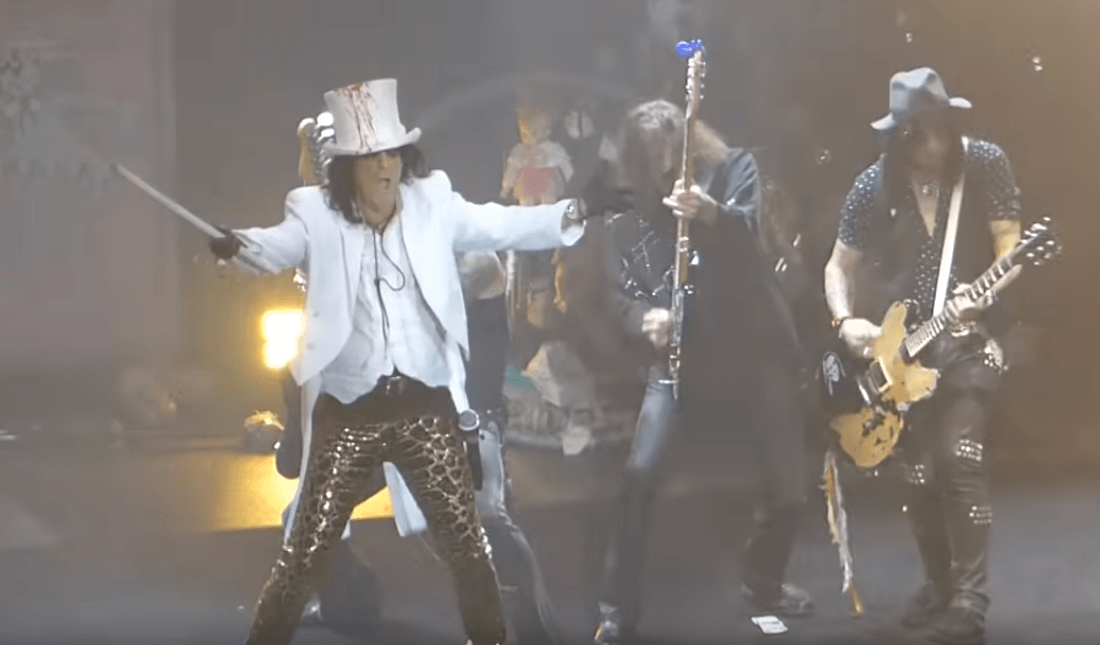 Three members of the original Alice Cooper band joined the singer on his tour over the U.K., returning to the shores 46 years after they first shocked and enthralled fans on their historic 1971 tour.

They played together earlier this year a five-song mini-set with Cooper in May in Nashville, Tennessee.

This happened after the announcement that his latest album “Paranormal”, include stwo new recordings written and recorded by the original lineupm the songs: “Genuine American Girl” and “You And All Of Your Friends”.

This Alice Cooper tour in the U.K has two special guests, The Mission and The Tubes.

See the folder below: 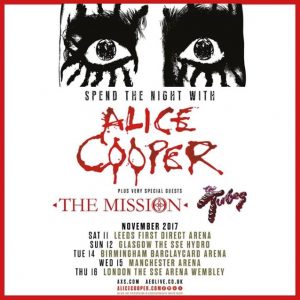