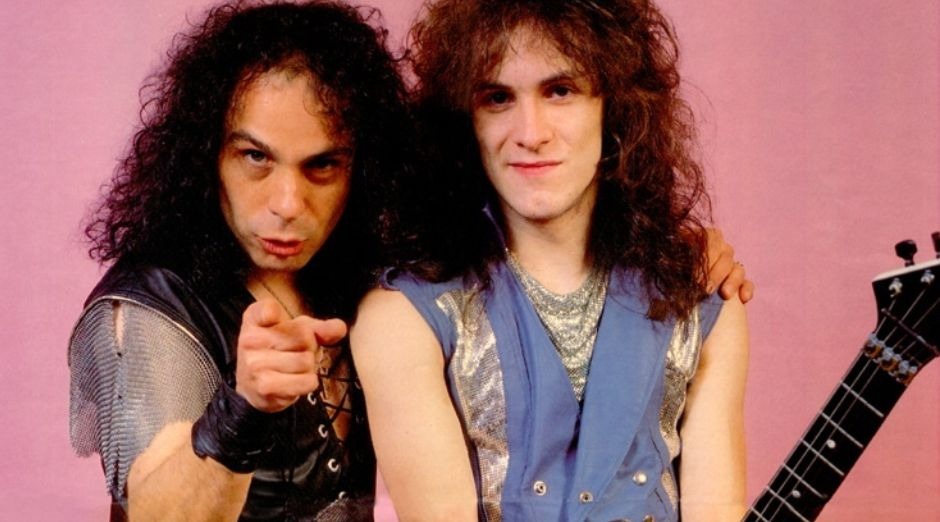 Ronnie James Dio was for sure one of the best singers of all time. And he had also amazing musicians beside him, specially in his solo career. One of them was the amazing guitarist Vivian Campbell. Now, you can hear his amazing isolated guitar track on the classic “Rainbow In The Dark”, from the album Holy Diver (1983).

“Rainbow in the Dark” was the second single released by Dio, taken from their Platinum-selling 1983 debut album, Holy Diver. Assisted by a popular MTV music video, it reached #12 on Billboard’s Album Rock Tracks in early October. In addition, it was numbered 13 on VH1‘s “Top 40 Greatest Metal Songs”.

The music video was filmed close to the time of the original studio recording of the song. The video’s location takes place in central London. With scenes alternating between shots of a man following a woman through a street and Ronnie James Dio singing from a rooftop.

Released in 1983, the album has been hailed by critics as Dio’s best work and a classic staple in the heavy metal genre. Also, the album was certified Gold in the US on September 12, 1984, and Platinum on March 21, 1989.

Vivian Patrick Campbell was born in Belfast, 25 August 1962. He is currently a guitarist for Def Leppard. Before joining Def Leppard in April 1992 and Thin Lizzy in May 2010, he had been a member of Irish rock band Sweet Savage. Also other bands such as Dio, Trinity, Whitesnake, Thin Lizzy, Riverdogs and Shadow King.