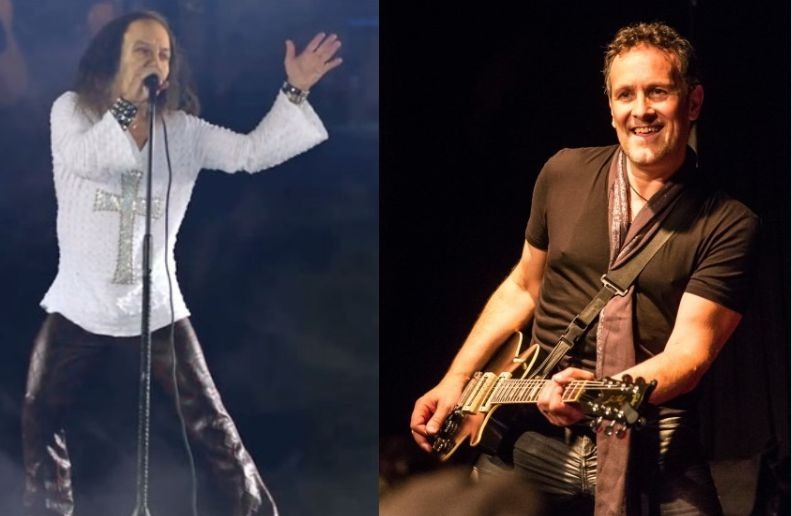 In an interview on Meltdown, the classic Dio guitarist Vivian Campbell was asked to give his opinion on Dio’s hologram tour.

“Well, I’m very flattered that those guys continue to keep the music that we made with Ronnie alive.

“I do honestly think that the early Dio albums were probably the strongest. There was such an immediate chemistry of the original band, between Vinny [Appice, drums] and Jimmy [Bain, bass] and Ronnie and myself, and that music that we created.

“I’ve never seen the hologram, so I don’t really know. But I do understand why they would wanna do it. I’m sure there’s a lot of people who never had the chance to see Ronnie when he was alive, so that’s about as close as it’ll come.

“And then, on the other end of the equation, there is Vinny and I in Last in Line, the two remaining members of the original band, and we’re also doing our part to keep the legacy of the music alive while still looking forward by writing and recording and releasing our own original music and going out there and playing it side by side with the Dio classics.

“We’re in a good position now having our second album [‘II’] out there to really balance the show between playing the key Dio classic songs and our own original music, which I think sits pretty well side by side.”