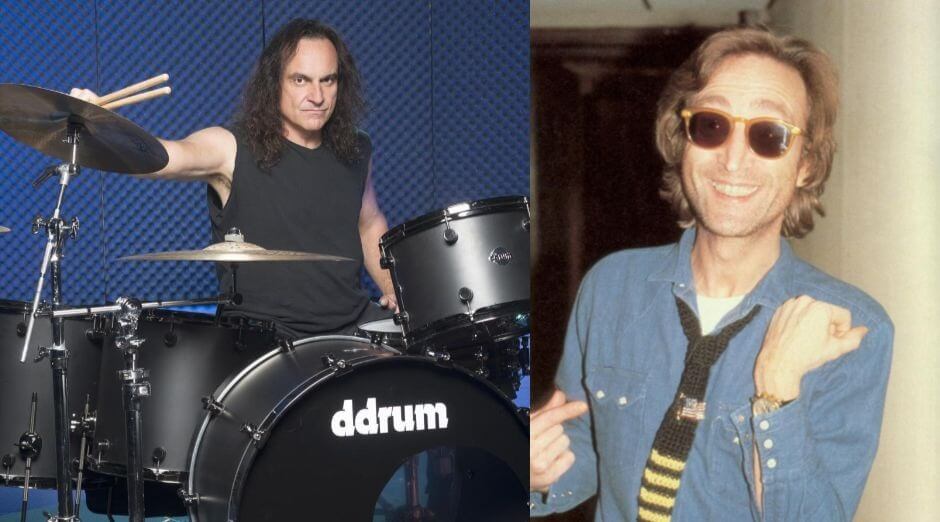 Black Sabbath and Dio drummer Vinny Appice talked about when he “recorded” in studio with John Lennon. The musician talked about this experience in an interview with Ultimate Guitar. It was in 1974 and Appice had only 16 years-old and ended up contributing handclaps on the record’s famous song “Whatever Gets You Thru the Night.” Song that featured Elton John.

“What happened was: my band [called BOMF] – and this was in Brooklyn, New York – we were managed by the Record Plant Studios in New York. Jimmy Iovine from Interscope Records and Beats Audio, he was our good friend and he produced us.

“He brought us there and they loved us, and he put us on a management contract – and that was the studio where John worked. So, we had a rehearsal room there every day; all our gear was there.

“So, they asked us to do handclaps; Jimmy did, he was working with John. He said, ‘Can you come down and do handclaps, all you guys?’ So we went downstairs, and we didn’t know it was John Lennon, and then we walked in and go, ‘Oh my God!’

“I was sixteen, I’d go to high school the next day – back to school. We did handclaps on the song ‘Whatever Gets You Thru the Night,’ and then we met him, briefly. It was really cool.

“We went back to our room, we were freaking out, and then he started coming to our rehearsal room and hanging out. And we smoked some joints with him, and it was really cool. We got to know him really well. There was even a pool table; we played pool, you know?

“And then he needed to do some videos and he asked us to be the band, so we did three videos, we did some recording with him, for the singer. Then he did one last live show at the New York Hilton that was broadcast on TV, and we were the band that he used, so we backed him.

“And I found out not long ago that that was one his last gigs – it said that it was his last live appearance that he did as John Lennon. And I couldn’t believe it because it was like, ‘Me, at sixteen years old, with John Lennon’s last gig?’ It was incredible!

“It was an incredible experience, and I wish I would have asked for his autograph, but I didn’t. That’s why he hung out with us – because we were cool.

“We weren’t like, ‘Can I take your picture? Can I get your autograph? Can you sign this Beatles record?’ We didn’t do that, we just hung out as musicians. So he felt safe, you know? What an experience!”