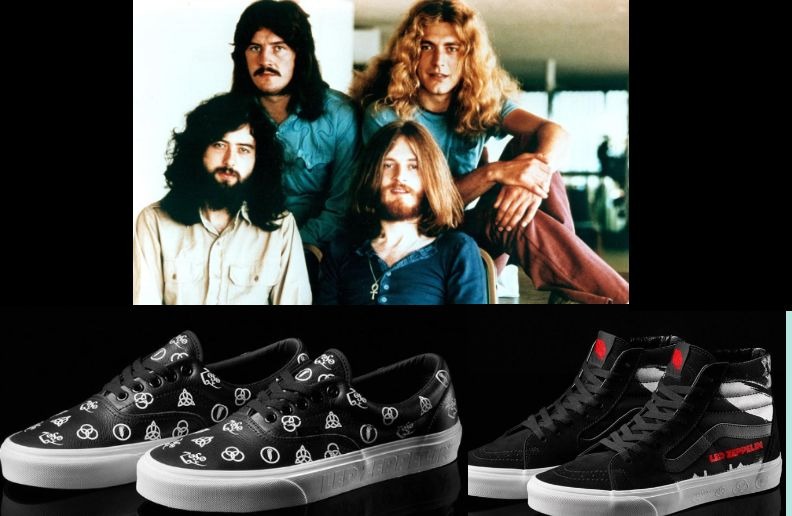 To celebrate the 50th anniversary of their debut album, Led Zeppelin joined Vans for the release of two stylized sneakers.

The first of them brings the logo image reproducing what appears on the cover of the legendary first album, and the second has in the stamp the symbols of “Led Zeppelin IV”.

Check out some images below:

Led Zeppelin were an English rock band formed in London in 1968. The group consisted of guitarist Jimmy Page, singer Robert Plant, bassist/keyboardist John Paul Jones, and drummer John Bonham. The band’s heavy, guitar-driven sound has led them to be cited as one of the progenitors of heavy metal. Their style drew from a wide variety of influences, including blues, psychedelia, and folk music.