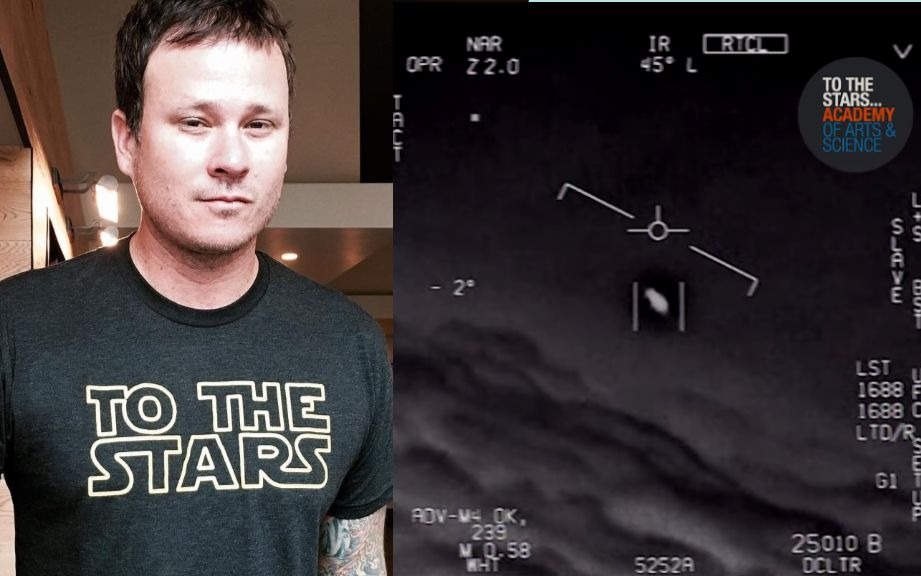 After leaving Blink 182, guitarist Tom DeLonge has been dedicated to researching UFOs. His organization has released videos that have now been confirmed by the US Navy as real.

The three videos in question went public in 2017 and 2018. One shows pilots who intercepted a strange object off the coast of San Diego in 2004.

The second was made in 2015 showing an aerial vehicle while pilots comment on the strangeness of radar identification. The third shows an object flying rapidly over the surface of the water. The speculation is that this object is the same as the 2015 video.

“The Navy considers the phenomena contained/depicted in those 3 videos as unidentified,” Navy spokesman Joseph Gradisher has now confirmed to The Black Vault, a site that archives declassified government documents.

“The ‘Unidentified Aerial Phenomena’ terminology is used because it provides the basic descriptor for the sightings/observations of unauthorized/unidentified aircraft/objects that have been observed entering/operating in the airspace of various military-controlled training ranges”.

“The Navy has not publicly released characterizations or descriptions, nor released any hypothesis or conclusions, in regard to the objects contained in the referenced videos,” he stressed.