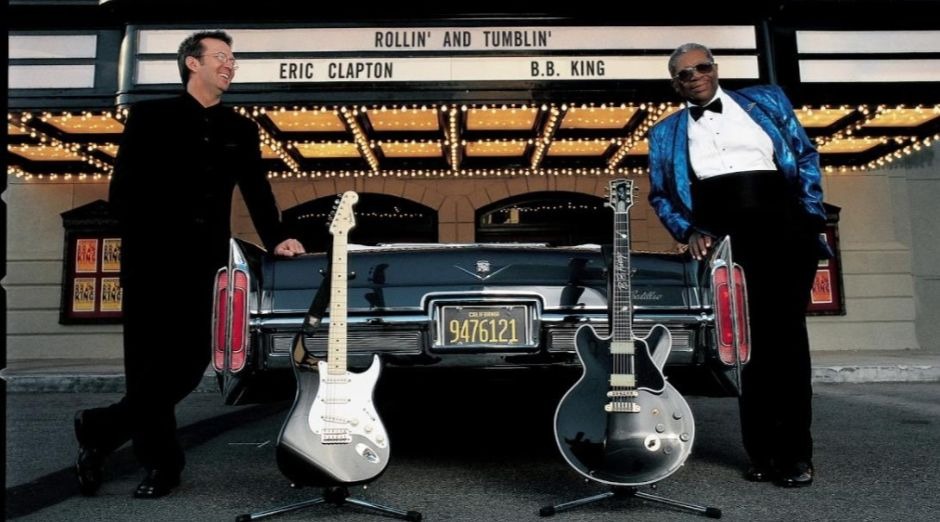 The classic album “Riding With The King“, made by Eric Clapton and B.B King will be reissued in celebration of the 20th anniversary of its release. The re-release is scheduled for June 26 and will feature two new songs. One of those songs, “Rollin ‘and Trumblin'”, was released on Eric Clapton’s YouTube channel.

The album “Riding With The King” sold 2 million copies in the United States. Also won the Grammy in the Best Traditional Blues Album category in 2000.

It was the first collaborative work between Eric Clapton and B.B. King. The musicians performed together for the first time in a New York restaurant in 1967. When Clapton was still part of the band Cream. However, their first studio work had been the song “Rock Me Baby”, recorded in 1997 for King’s album Deuces Wild.  Clapton has always publicly admired King’s work and has stated, on several occasions, his desire to work with him.

King had already praised Clapton, saying: “I admire him. I think he is number one in rock ‘n’ roll as a guitarist and number one as a person.” At the time of the production of Riding with the King, Clapton was 55 years old and King was 74.

Clapton started work in the studio. Followed by King, who was also responsible for selecting the tracks and co-producing the album with Simon Climie. Who had worked on several of his previous albums. While advertised as a Clapton album featuring King, the English guitarist gave the musical partner full prominence in recording the tracks and promoting the album.

The album contains five classic songs from the 50s and 60s: “Ten Long Years”, “Three O’Clock Blues”, “Help the Poor”, “Days of Old” and “When My Heart Beats Like a Hammer”.