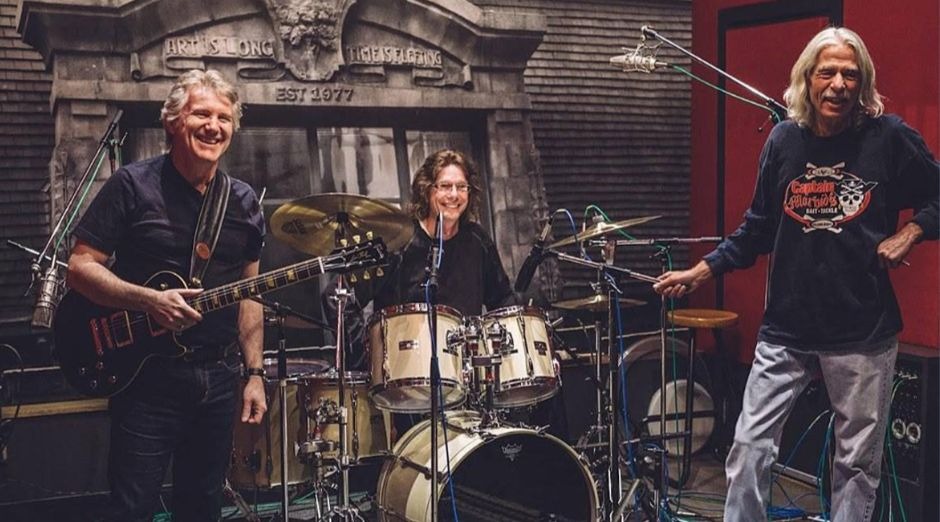 Triumph is back on the spotlight with the release of their documentary in 2020. Called “Triumph: Lay It on the Line”, the movie will show all ages of the band, with bassist Mike Levine, guitarist Rik Emmett and drummer Gil Moore. They start to make music together 45 years ago.

“Filmmaking is not in our wheelhouse, so having these guys take charge of the project was more than ideal. They did an incredible amount of research on the group, and even borrowed items from the University of Toronto’s Triumph Productions archive, to which we had donated our tapes, videos, outfits, the whole nine yards.”

Meeting with the fans:

One part of the documentary shows their meeting with fans weeks ago. They made a surprise show to approximately 300 fans.

“We knew fans were coming in on their own dime to take part in this Q&A with us and to check out the memorabilia as part of the documentary,” Levine explains. “And we thought it would be nice to do something special for them.”

“They had never seen the band live before, and as soon as we began playing, they rushed to the barrier, crying and waving their hands. To see that kind of unfiltered reaction from them was just amazing.”

“After we performed in Sweden in 2008, we actually had a tour planned that was going to take us right across Canada. In addition to between 15 and 18 dates in the U.S.,” he explains. “But then the economy went south and it was going to be too much of a risk to undertake, so the tour got scrapped. Incidentally, I don’t think it would be any easier to mount a tour now. Given what everyone has on the go outside of Triumph.”

Scorpions will release new album in 2020 and tour with Whitesnake
The sad story of Alvin Lee’s death, Ten Years After guitarist
Advertisement
To Top