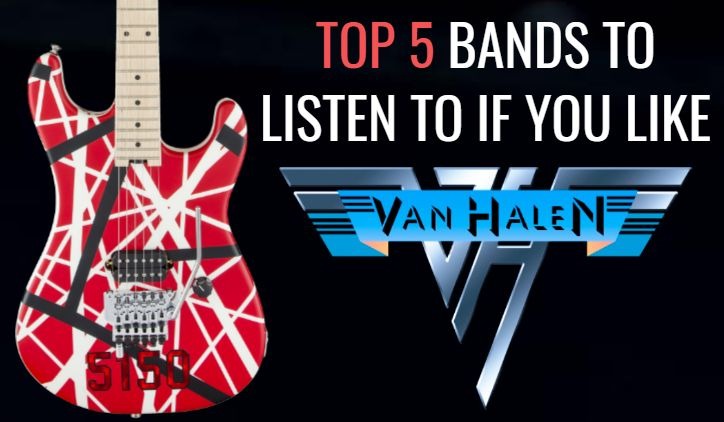 Formed by Eddie Van Halen (Guitar), Alex Van Halen (Drums), Michael Anthony (Bass) and David Lee Roth (vocals), Van Halen’s classic formation made some loud noise in the rock and roll world in the end of the 70s and through out the 80s even when Lee Roth left the band and was succesfully replaced by Sammy Hagar.

And to honor this great band, we prepared a nice list of the Top 5 bands to listen if you like Van Halen. But it is not easy to play like Eddie Van Halen so you will notice that many of the bands on the list has some relation to the band itself.

And if David Lee Roth is on the list, Van Halen’s second singer, Sammy Hagar should also be, although his solo career doesn’t emulate his ex-band’s sound so much, but of course, due to his way of singing, if you are a Van Halen fan will see the similarity with the band.

Due to consistent recording and touring commitments to the Red Hot Chili Peppers, Kenny Aronoff joined the group in 2011 as a touring replacement for Smith. While the band has not formally announced a breakup, in June 2016 Smith said that he had doubts about its survival due to their busy schedules.

And another supergroup made by Sammy Hagar and Michael Anthony! The Circle, also named Sammy Hagar + The Circle are the current supergroup of the great friends Hagar and Anthony. The band also has guitarist Vic Johnson and drummer Jason Bonham. In 2019 their released their first album and toured to promote the band.