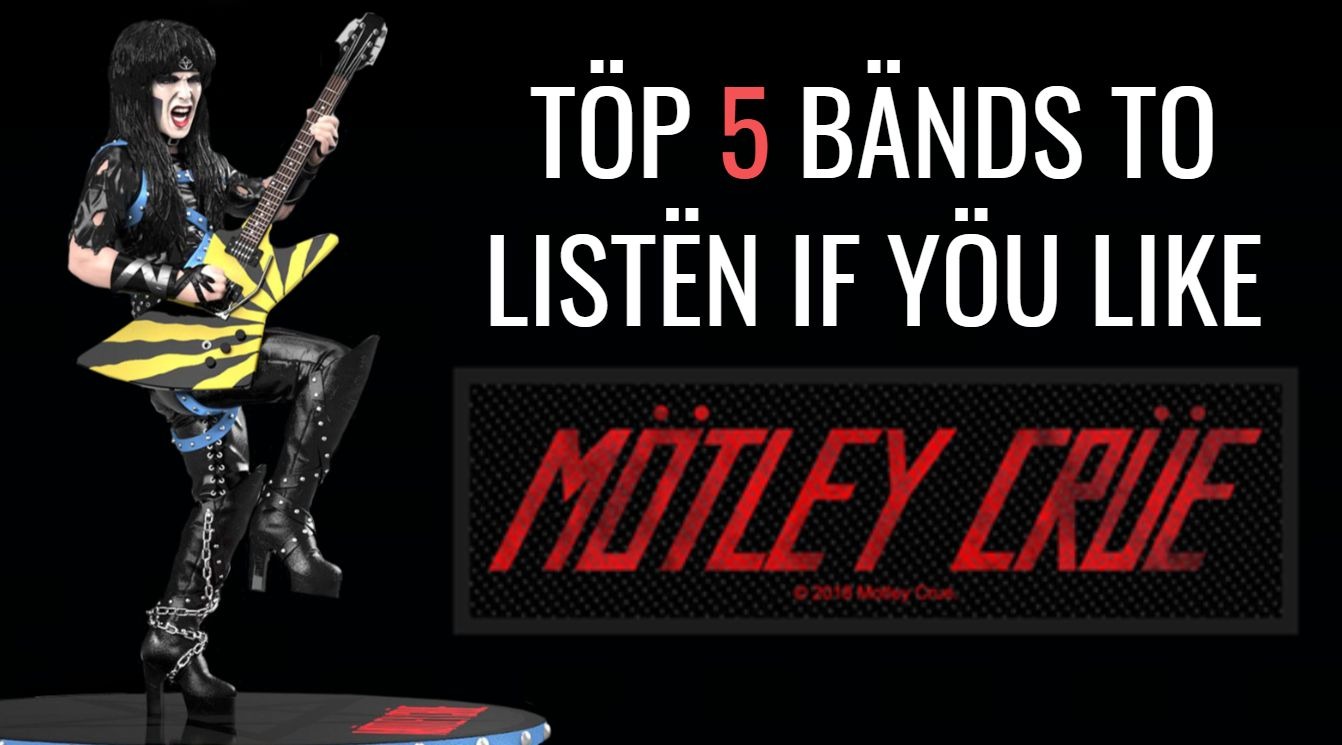 Mötley Crüe is certainly one of the most remarkable bands from the 80s, not only for the excessive behavior of members personal lifes but for the great music their created. So, if you like the heavy sound created by Vince Neil, Nikki Sixx, Mick Mars and Tommy Lee, we made a list of 5 bands that sound like them.

Led by Bret Michaels, Poison is a true American glam rock band from the 80s.They achieved success on the decade and sold over 45 million records worldwide and 15 million only in the United States. Some of their greatest hits are “Every Rose Has Its Thorn”, ““Nothin’ but a Good Time”, “Your Mama Don’t Dance”, “Something to Believe In”, “Talk Dirty to Me”. The current members of the band are: Bret Michaels (Vocals), Rikki Rockett (Drums), Bobby Dall (Bass) C.C. DeVille (Guitar).

The name was inspired by a talk with legendary Status Quo guitarist Rick Parfitt where he revealed the desire to have a band called “Quiet Right” and his accent made it sound “Quiet Riot”. Nowadays, only the drummer Frankie Banali remains on the band being the oldest member since 1982. The other members are Chuck Wright (Bass), Alex Grossi (Guitar) and James Durbin (Vocals).

Led by the charismatic singer Dee Snider, Twisted Sister became a worldwide hit on MTV with the anthems “I Wanna Rock” and “We’re Not Gonna Take It” with iconic videoclips.

The band was formed in New Jersey and was originally called Ho-Ho-Kus. On March 20, 2015 drummer A. J. Pero died in his sleep of a heart attack. After that, the band embarked on a farewell tour with Mike Portnoy on drums. The classic line-up was:

If you tell a friend that is not a rock fan that you love a band called Cinderella he probably wouldn’t imagine that his band is a hard rock band. Formed in 1982 on Philadelphia, Pennsylvania they became famous with multi-platinum albums and hit singles that played on and on in MTV. Their sound at the beginning were more based on glam metal and then shifted to a blues hard rock. In the middle of the 90s the bands popularity declined due to personal matters that made some members leave and of course, the birth of Grunge.

The band is still doing concerts with Tom Keifer, the original vocalist.