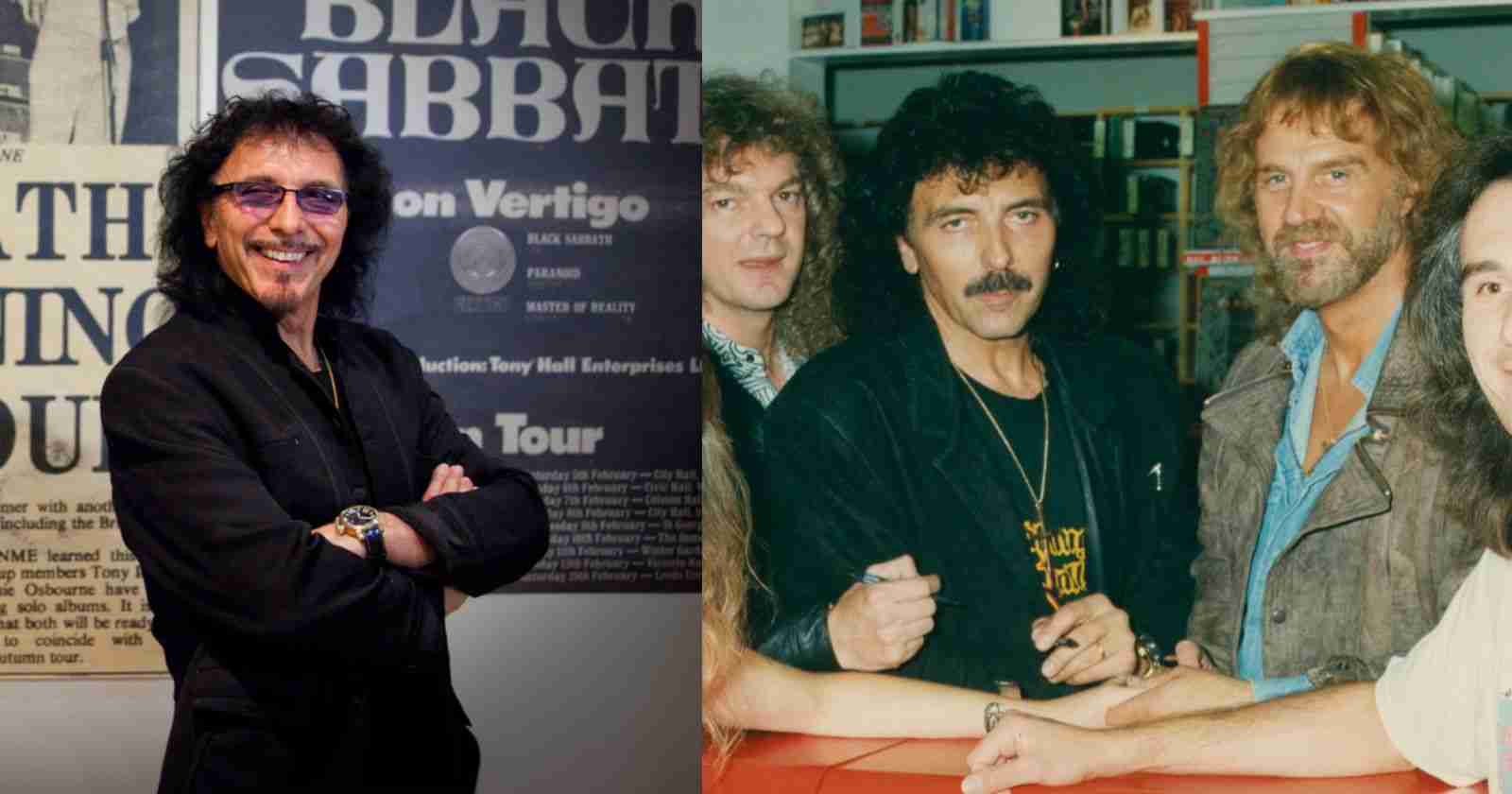 Black Sabbath guitarist Tony Iommi said in an interview with Eddie Trunk that he is not happy about the band’s demo for “Slapback” being posted online by Geoff Nicholls (Late Sabbath keyboardist) stepson, Gary Rees.

Rees posted “Slapback”, a Black Sabbath demo made in the Ronnie James Dio era on a Youtube Channel. Keyboardist Geoff Nicholls was considered the fifth member of Black Sabbath, the musician played on many albums of the band and was also on tour with them. However, he only played behind the stage over the decades, only appearing in front of the audience after the 80’s. The musician unfortunately died in 2017, at the age of 64 victim of lung cancer.

Tony Iommi said about the release of the Black Sabbath demo “Slapback”:

“I’m not at all happy with— at all. And it’s left a really bad taste in my mouth. At that point, when we did that, Geoff wasn’t even involved in the band; I hadn’t even got Geoff over at that time. That is actually Ronnie playing bass on that… And that was just in the lounge recorded on a cassette.”

Talking about why the song was never released, he said: “We had one or two things that we’d jam around on and play on and stuff, but it [wasn’t] right for the album, so we didn’t put it into shape; we didn’t record it [properly] or anything.”

Also in a conversation with Eddie Trunk, bassist Geezer Butler confirms it is a Black Sabbath demo: