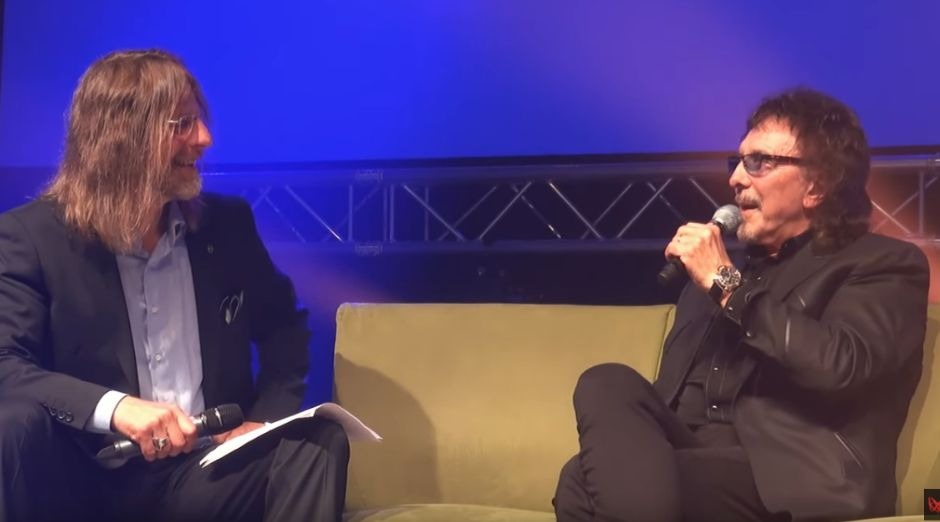 The legendary Black Sabbath guitarist, Tony Iommi spoke again about the possibility of the band reunite again in the future.

“We can get together, I don’t know, maybe do a one-off show or something, but tour never again, because we’re old. We retire, but I can still play. But we’re not going to tour the world like before – the last one took 18 months, it’s a long time to spend away from home, friends and family. So if we do something, it will be a very short thing.”

Watch the Iommi talking about it in the video below during a conference in Finland:

On 11 November 2011, Iommi, Butler, Osbourne, and Ward announced that they were reuniting to record a new album with a full tour in support beginning in 2012.

Guitarist Iommi was diagnosed with lymphoma on 9 January 2012, which forced the band to cancel all but two shows (Download Festival, and Lollapalooza Festival) of a previously booked European tour.

It was later announced that an intimate show would be played in their hometown Birmingham. It was the first concert since the reunion and the only indoors concerts that year. In February 2012, drummer Ward announced that he would not participate further in the band’s reunion until he was offered a “signable contract”.

On 21 May 2012, at the O2 Academy in Birmingham, Black Sabbath played their first concert since 2005, with Tommy Clufetos playing the drums. In June, they performed at Download Festival at Donington Park in Leicestershire, England, followed by the last concert of the short tour at Lollapalooza Festival in Chicago. Later that month, the band started recording an album.