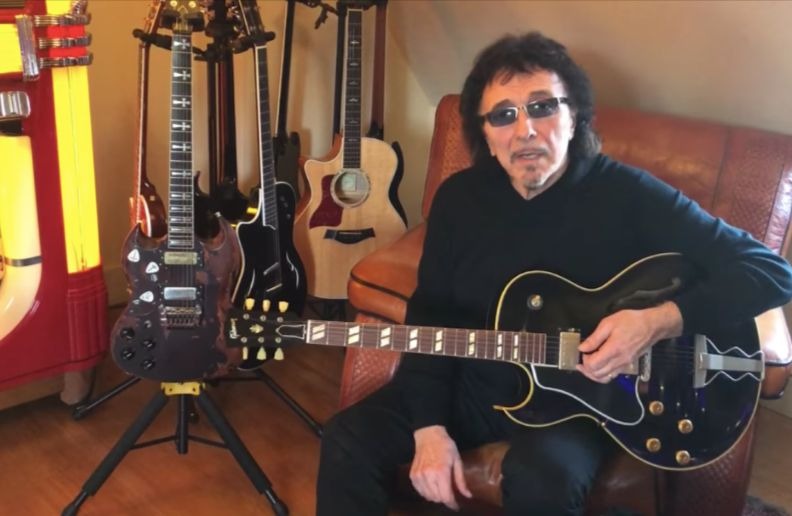 In an interview with Louder Sound, the legendary Black Sabbath guitarist Tony Iommi revealed which album he consider to be “really a crap” and about other works.

“We were pushed into a corner. Somebody at the record company suggested we work with Ice-T. My reaction was: ‘Who the hell is he?’ But we met up and he was a nice bloke, and also a big fan of Sabbath.

“[Body Count guitarist] Ernie C ended up producing Forbidden, which was a terrible mistake. Ernie tried to get Cozy Powell to play these hip-hop-style drum parts, which, quite rightly, offended him.

“You don’t tell Cozy Powell how to play drums.

“In the 1990s there were a lot of line-up changes and it became hard to drive Sabbath onwards. But I’m very determined – you don’t split up the band just because somebody leaves. Find a replacement. Get on with it. I still believed in the band.

During the rest of the interview, Tony also talked about Sabbath’s 1983 album “Born Again”:

“Someday I’d love to restore ‘Born Again.’ That was the album we made with Ian Gillan. It sounded great in the studio, but there was a problem with pressing.

“It would be great to fix it up. But you know what? The tapes have disappeared into the [former Black Sabbath manager and Sharon Osbourne’s father] Don Arden pit. We’ve found about five tracks, the rest are all missing. Such a shame.”