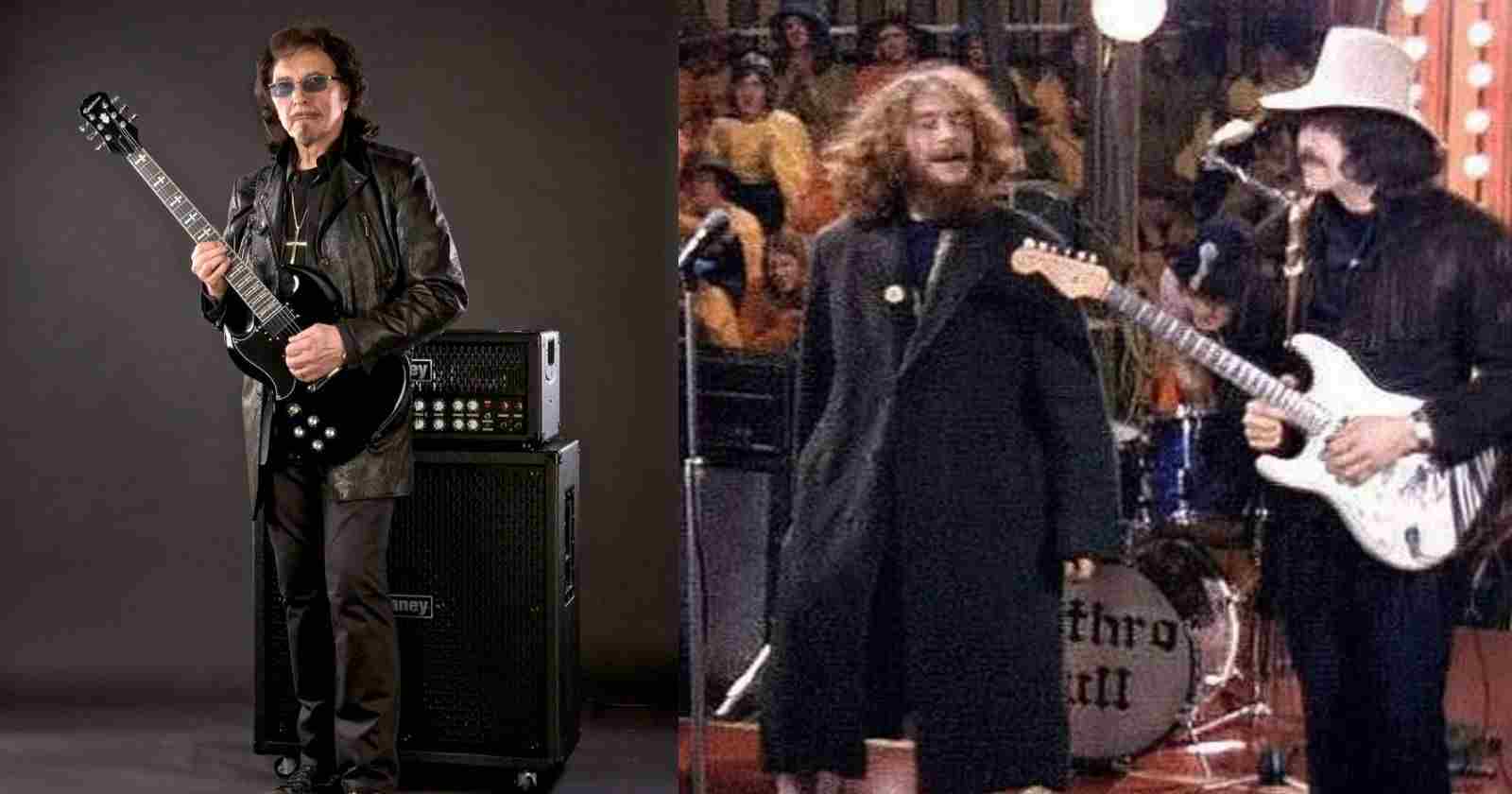 Tony Iommi is co-founder and guitarist of Black Sabbath, the band that created Heavy Metal and is considered the best band of the genre. But, he almost left the band before they released the first album. That’s why because he was invited to join the Progressive Rock band Jethro Tull. Iommi recalled in an interview with Guitarist Magazine when he joined Ian Anderson’s band and then quit.

Tony Iommi recalls when he quit Jethro Tull and returned to Black Sabbath:

When the interviewer praised the guitarist saying he could easily play on different bands because he is a great musician, Iommi said: “Thanks. It’s hard for me to see. I tend to set myself in that vein with what we do. I’ve always been a bit, not scared, to jump out of my field. I do on my own, but if you shoved me in the Eagles I’d go, ‘Oh Christ, what do I do here?’ Much like when I was with Jethro Tull. I did that short thing with them, after Mick Abrahams and before Martin Barre.”

“We’d supported them on one of their gigs, and they asked me and I was like, ‘Oh God, I don’t know.’ On the way back, I was driving the van and I said, ‘They’ve asked me if I’ll join them.’ And they’re going, ‘You should go for it, it’s a great opportunity.’ I felt really bad. When I had a call from their office to come down and play, I went to London. I got there and there’s like 50 guitar players. I went, ‘Oh God, what’s going on?’ because I thought it was just me.”

“I got really nervous and walked out and a guy came running after me. He said, ‘Don’t go, don’t go.’ I said, ‘I can’t do it, there’s all these other guitar players.’ He said, ‘Sit in the cafe and when they’re all gone I’ll come and get you.’ So that’s what we did. And then they offered me the job.”

“It was good and bad, because I felt really sad for the others. When I went down to play with them I took Geezer with me. I kept saying to him, ‘I don’t feel comfortable about it.’ When I told them, ‘It’s not for me,’ they said, ‘We’ve got this movie [The Rolling Stones Rock And Roll Circus] and we can’t get anybody else quickly enough. Could you do it?’ I said, ‘Yes, I’d do that.’ Then I started doing that and meeting John Lennon and everybody. I thought to myself, ‘Have I done the right thing, going back to playing at this blues club up the road?’ But that’s how it happened.”