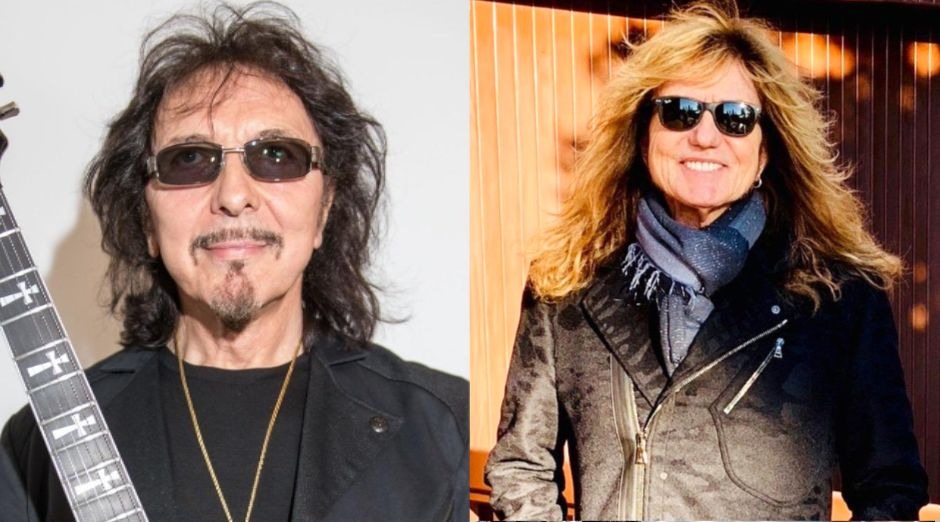 In an interview with Gibson TV, the legendary Tony Iommi, founder and guitarist of Black Sabbath talked about the history of the band and recalled when they wanted David Coverdale as the singer after Ronnie James Dio’s departure in 1982.

“I found David Coverdale and he just, he said, ‘Oh, I just god this band together, Whitesnake. Why didn’t you find me before?’ I said, ‘He [Dio] hadn’t left before, it’s happening now.’

“So there was a lot looking for another singer, and we would audition various singers, including Michael Bolton, believe it or not – he was one of them, which was an odd one. It just went on a bit, and we couldn’t decide.”

“Eventually, it came to Ian Gillan, and we had him, we got together with Ian Gillan. We had a meeting, and Ian doesn’t seem to remember the meeting. He got too drunk, he couldn’t remember what happened.”

“So, that was another story with him. That was great, we had a great time; again, it was good. It’s challenging somebody else’s singing, it sort of gets you into a different vibe, and we wanted to make it a really heavy sort of album, but we worked at different hours because Ian would tend to stay up all night, and we wouldn’t.”

“So he’d be up drinking his scotch in the kitchen and we’d go to bed and get up in the morning, he’s still there. [Laughs]”

“It was good, it was all working, we could actually write new stuff in a slightly different direction to what we’ve been doing.

“Because with Oz, a lot of this stuff was riff-based, which we liked, but when we had Ronnie, Ronnie wasn’t used to singing over riffs like that. He’d sing across them and used to singing on maybe chords, as opposed to riffs.

“It was an amalgamation of the two of them, ‘Let’s try this, let’s try that…’ And his voice, I mean, there’s no two ways about it – fantastic, you can’t believe it would come out of that little body, such a big voice.”

About the album”Technical Ecstasy,” he said:

“I wanted somebody I could work with, to swap ideas and just support me – and Jezz [Woodroffe, keyboards] was a good one to have to play the chords while I try things out.

“So, ‘Technical Ecstasy’ was born with him involved in it, and yet it was a bit different to the other stuff. But there was some good songs on that album, I think.

“He was singing, but it just didn’t sound right for us. Then Ozzy came back, which was great, but he came back two days before we’re due to go bloody record the album, which we didn’t have because he couldn’t use any of the songs we’ve done.

“It had to be Ozzy involved, so Billy [Bill Ward, drums] ended up singing one of the songs [‘Swinging the Chain’], and it was really hard.