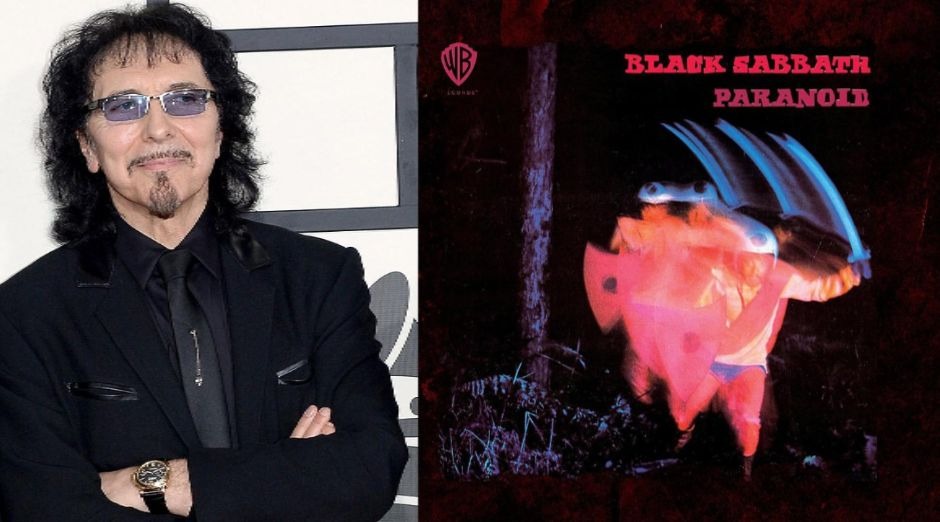 Black Sabbath guitarist Tony Iommi talked with The Conversation about the art cover of the classic album Paranoid. He revealed that it doesn’t make any sense.

The album was supposed to bem called Walpurgis. That was described by bassist Geezer Butler as a “kind of like Christmas for Satanists.” However, the label didn’t like the name. They first picked “War Pigs” but then it was changed to Paranoid.

“The album cover on ‘Paranoid’ has nothing to do with ‘Paranoid’ [the song]. It was going to be called ‘War Pigs,’ so we had a bloke with the shield and a sword. Which remotely made sense – more so than ‘Paranoid.’

“But they banned that, you couldn’t use it as a title in them days… It was so awkward for us to move forward with things.”

Paranoid is the second studio album by Black Sabbath and was released in September 1970. It was an effort to capitalise on the recent UK chart success of their eponymous debut album, Black Sabbath returned to the studio with producer Rodger Bain in June 1970, just four months after the album was released.

Also, the album’s title track was written as an afterthought. Like drummer Bill Ward explains: “We didn’t have enough songs for the album, and Tony (Iommi) just played the guitar lick and that was it. It took twenty, twenty-five minutes from top to bottom.” Since it’s release, the album became one of the most important albums of all time.