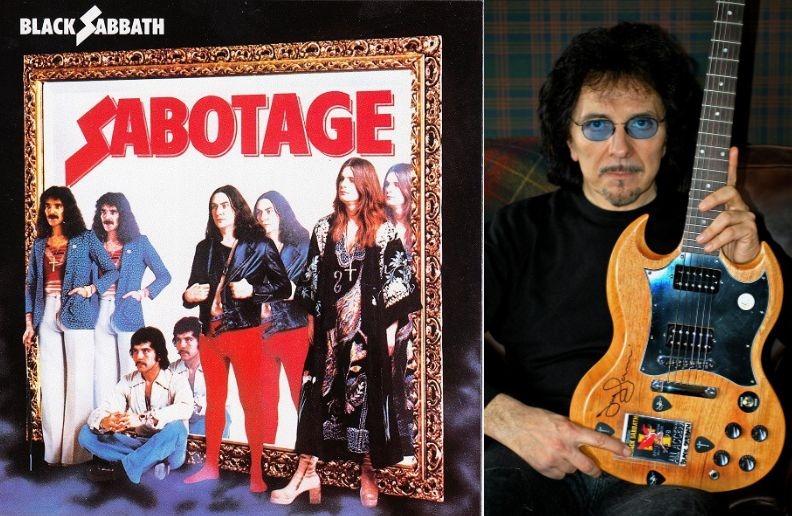 In interview with Loudersound, the legendary guitarist Tony Iommi talked about the strange cover from Black Sabbath’s classic album Sabotage.

The Sabotage album cover. What’s going on there?

“Ha ha ha! A guy who worked for us who was an artist, he came up with a great idea – us reflected in a mirror, stuff like that. But when it got to the day, somebody said to Bill, ‘What are you gonna wear?’ And he was, like, ‘I dunno.’ So he turned to his wife and said, ‘Can I borrow your tights?’ So he put on this pair of his wife’s red tights. And I think he might have borrowed Ozzy’s underpants, too. It looked bloody ridiculous. It definitely didn’t come out like we wanted it to.”

When was the last time you came up with a riff and thought, ‘Ooh, that’s a bit tasty’?

“Well, I’ve got a few that I haven’t used yet that were good. There’s about four or five from the last Sabbath album [13] I that we didn’t use. I listened to a CD with them on recently. I thought, ‘Blimey, that’s good, why didn’t we use it?’”

With classic Black Sabbath songs as “Hole In The Sky” and “Sympton of The Universe”, the 1975 album “Sabotage”, is the band’s sixth studio album and it was recorded in the midst of litigation with their former manager Patrick Meehan and the stress that resulted from the band’s ongoing legal woes infiltrated the recording process, inspiring the album’s title. It was co-produced by guitarist Tony Iommi and Mike Butcher.