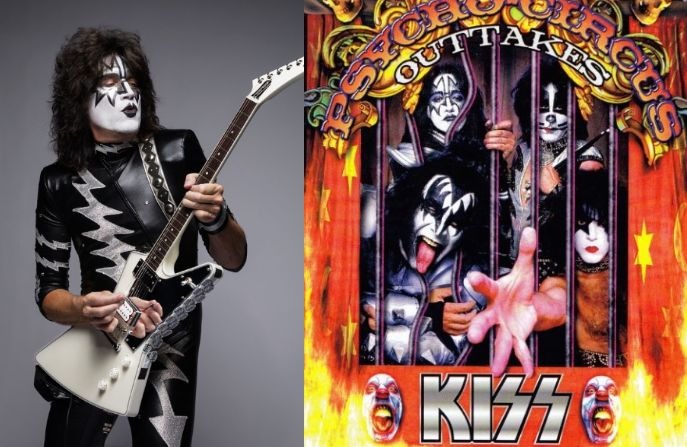 In an interview with Music Radar, guitarist Tommy Thayer said he did not receive credits for his contributions to “Psycho Circus,” the Kiss album released in 1998. The album marked the return of the original line-up with Ace Frehley’s guitar and Peter Criss on drums, but Thayer and Kevin Valentine replaced the two, respectively, in the studio roles.

At the time, Tommy Thayer was initially asked about his 10 favorite Kiss songs. Among his choices is the track “Psycho Circus”, which also entitles the album.

“‘Psycho Circus’ has turned 20 years old and it has become almost a classic because it meets the standard of Kiss,” he said, which further hinted that the song will be part of the repertoire of Kiss’s farewell tour, “End Of The Road “.

Later, when talking about obscure Kiss songs, he remembered “I Pledge Allegiance To The State Of Rock And Roll” which is part of the album “Psycho Circus”. And that’s when Tommy Thayer “explained” why he played in the record, but it was not credited.

“A very obscure song that is not old but it’s on the album ‘Psycho Circus’, it’s ‘I Pledge Allegiance To The State Of Rock And Roll’. In fact, I recorded that album, but I was not credited because it was … a transition period,” he said briefly and laugh.

“I’ve played all that stuff, and I ‘m Pledge Allegiance To The State Of Rock And Roll’ … I think it’s a cool song, very energetic, up-tempo, very lively,” added Thayer. Services provided to Kiss in their interviews.

The decision to keep Ace Frehley and Peter Criss out of “Psycho Circus” came from producer Bruce Fairbairn, as sound engineer Mike Poltnikoff reports in the book “Kiss Behind the Masks.” “Although Gene and Paul wanted to perform as the original band on the record, when Bruce heard Ace and Peter playing in pre-production, he thought about making the kind of record he wanted to make and Ace and Peter did not fit as instrumentalists,” says .

His favorite Kiss songs are: