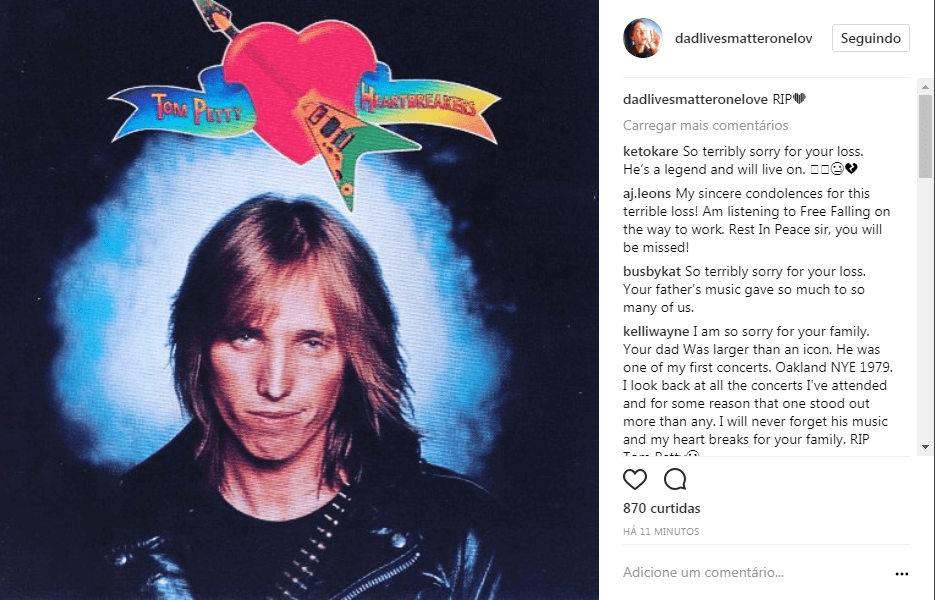 UPDATE : It was also confirmed by CNN

Rocker Tom Petty died Monday after being rushed to a Los Angeles hospital, according to Tony Dimitriades, longtime manager of Tom Petty & The Heartbreakers. Dimitriades confirmed Petty’s death on behalf of the performer’s family.

It was a terrible day for all music lovers, first the Las Vegas attack and all fake news about Tom Petty’s death. First, all the newspapers said he was dead, and then the police said they could not confirm his death and after his daughter said her father was still alive.

But now, she posted on her instagram this photo below with “R.I.P” caption. At this point there is no official release, but it seems Tom had unfortunately left us.