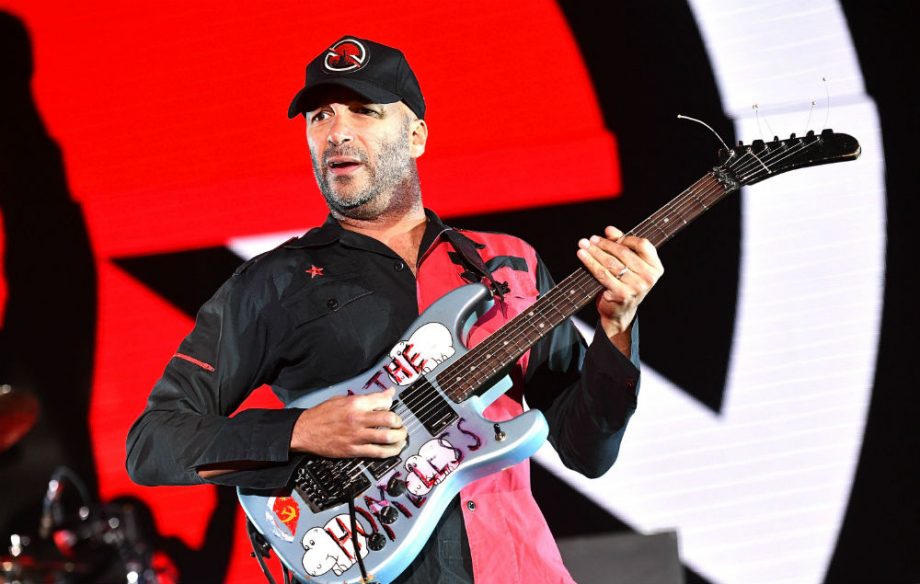 In an interview with Sean Stewart, legendary guitarist Tom Morello (Rage Against The Machine and Audioslave) revealed which are his favorite guitar players.

“I would go Hendrix, Page… for me, Randy Rhoads was the poster that was on my wall and I would practice eight hours a day… and then I might go – it may be a toss-up between David Gilmour for the emotion and Tony Iommi for the riffs.

“We played a game, my friends and I would go to the Rainbow Bar [in LA] earlier, we’d play the game Mount Rushmore: you take any category, anything, it could be like best guitar players, best frontmen, worst guitar solos of all time on a hit record…

“You come up with a Top 4 and then you spend a lot of time laughing your butts off on that one.

“Here’s one of my Mt. Rushmores of my career: I’ve had a great fortune of playing in bands with great frontmen – Zack de la Rocha, Chris Cornell, Bruce Springsteen, and now Chuck and B-Real – I’ve got a five-headed hydra of Mt. Rushmore for my frontmen, I feel very fortunate.”

Thomas Baptiste Morello (born May 30, 1964) is an American musician, singer, songwriter, actor and political activist. He is best known for his tenure with the band Rage Against the Machine and then with Audioslave. As of 2019, Morello is a member of the supergroup Prophets of Rage. Morello was also a touring musician with Bruce Springsteen and the E Street Band.

He is also known for his acoustic solo act, the Nightwatchman, and Street Sweeper Social Club. Morello also co-founded Axis of Justice, which airs a monthly program on Pacifica Radio station KPFK (90.7 FM) in Los Angeles.