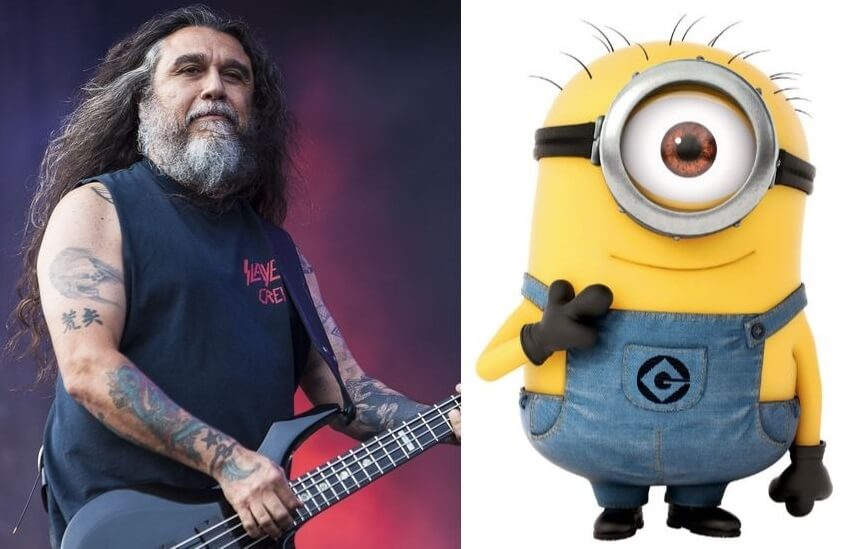 Slayer vocalist and bassist Tom Araya often sing songs of the soundtrack of the animated film “Minions” for his granddaughter, Leontina. The revelation was made by the daughter of the musician and mother of the little girl, Ariel, in an interview with Metal Pulp And Paper.

“I don’t know who the songwriter is, but he sings ‘Take You Riding In My Car’ (possibly the Woddy Guthrie song) for her. He also sings all the songs on the ‘Minions’ soundtrack to her, Happy Together ‘by The Turtles,” Ariel said.

Tom Araya’s daughter didn’t elaborate on her father’s vocal performance in such intimate moments, but assured that little Leontina likes to hear the frontman of Slayer sing his favorite songs. “She reacts with the biggest doll eyes possible, laughs and kisses him a lot,” she said.

While it is difficult to imagine Tom Araya singing children’s songs, it is still possible to hear him present the Slayer classics to the public – but not for long as the band will end its activities after the end of the current tour. The turnaround, begun in 2018, will extend through 2019.