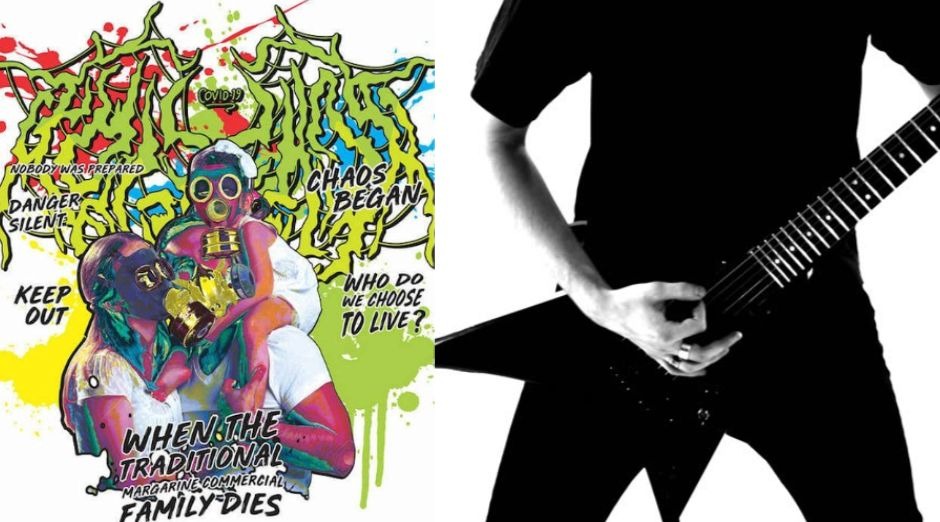 Covid-19 disease is all over the world and there are already more than 2 million cases, with 120,000 confirmed deaths. So far, two metal bands with the name Covid-19 have been created, according to the traditional Metal-Archives website. They are from Brazil and Russia.

The Brazilian already has an EP released. Based on death metal and goregrind. Formed in Recife (PE), the band is formed only by the musician Érdos. The EP, entitled “When the Traditional Margarine Commercial Family Dies”, was released in digital format by Póstumo Sölstício Records.

The other band called Covid-19 comes from Russia. And already has two EPs released in practically record time. The materials are entitled “We All Die” and “Collapse Of The Planet”, were released in digital format independently. And it varies from genres such as death and doom metal.

The track, however, features only one member of the band: Friggi MadBeats on all instruments. With solo by American guitarist Sebastian Phillips, a member of bands like Exhumed and Noisem.

In the video description, there is also information that the two guitarists of Chaos Synopsis have symptoms of Covid-19. Luiz Ferrari, in particular, has pneumonia and awaits test results.