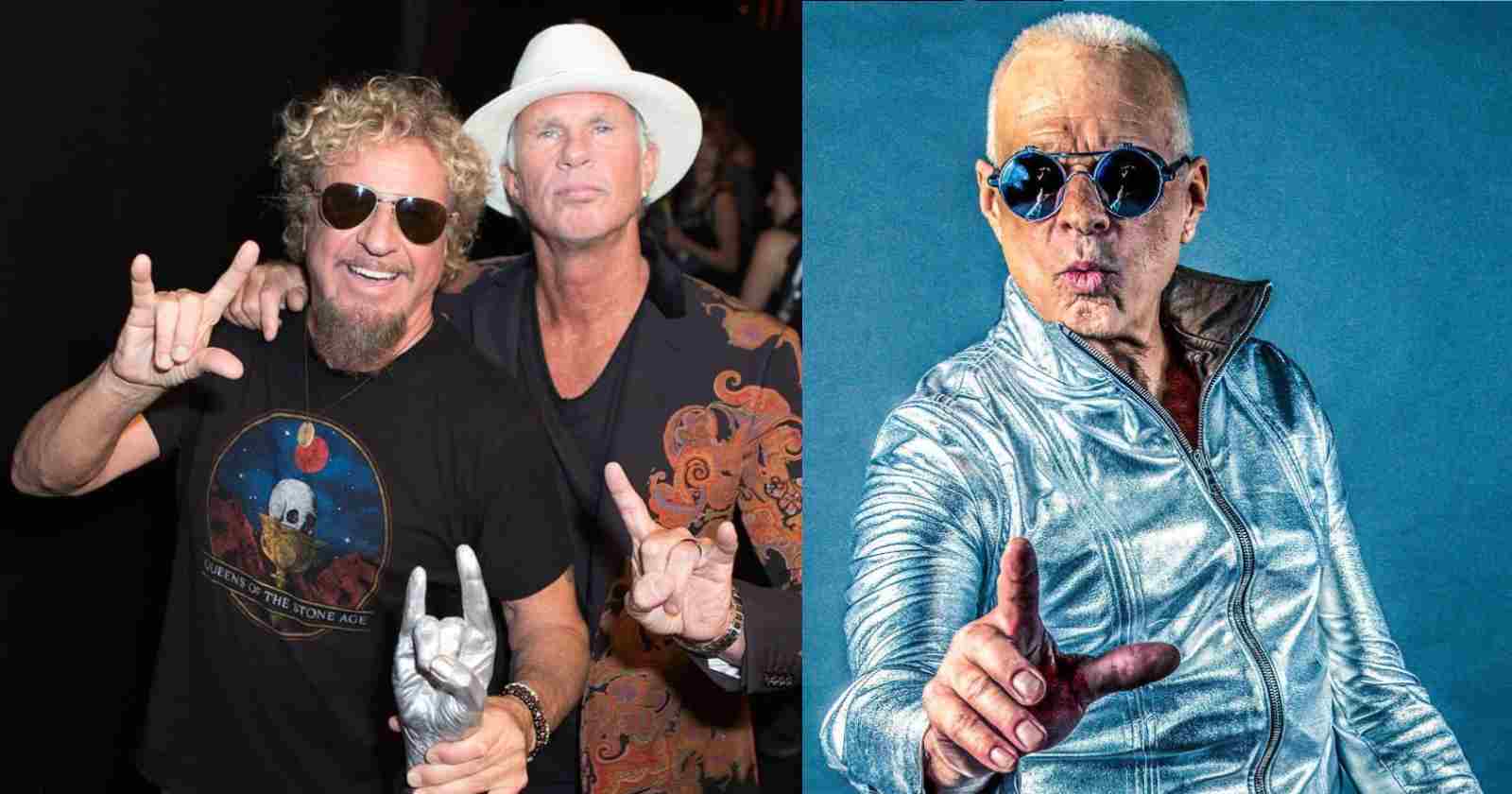 Formed in Pasadena, California, Van Halen first achieved fame with David Lee Roth as the vocalist and when he decided to leave the group in 1985, they invited Sammy Hagar to join the group. The first “Van Hagar” period lasted until 1995 and was an era where the band had a sound more commercial sound, especially because Eddie Van Halen was experimenting more the keyboards.

But even after releasing many albums with Sammy Hagar that had many hits the group always continued to play the David Lee Roth era songs too at their concerts. In a questions and answers session with fans back in 2020 transcribed by Alternative Nation the musician revealed which is his favorite Van Halen song from Roth’s era.

The song that Sammy Hagar picked from Van Halen’s David Lee Roth era was “Unchained” from the 1981 album “Fair Warning”. There are videos on Youtube of the Red Rocker performing the song with the band during their 1993 and 2004 tours.

In an interview with Howard Stern back in 2019 (Transcribed by Rock and Roll Garage), Sammy Hagar recalled how was his first tour with Van Halen, when fans were still screaming for David Lee Roth: “Oh, we walked out on stage in a barricade. The first show we did, I was nervous, I said ‘Well, what they’re (the audience) gonna think we were, because we only played “5150” record, “Jump” (From Roth’s era) when I brought somebody else up to sing and we played ‘One Way To Rock’, my song.”

“The rest was just ‘5150’ and jam. So we came out on stage and the barricade came down before we played a note and we looked at each other and said ‘shit, let’s go’ and it was like that from then on now. Look, when a guy leaves the band like Dave, those fans they didn’t come to see us anymore but I had a huge fan base of my own and they came together, they got along and it was good. It was fun, I got to tell you, that was the greatest time in my musical career,” Sammy Hagar said.

The first show had a lot of banners supporting Sammy

Sammy Hagar had already said in a conversation with Marc Allan in 1991,  that he thought that the fans of David Lee Roth weren’t going to the concerts when he joined the band because he had a lot of support of the fans at the time. The singer said that the “5150” tour started in Shreveport, a town located in Louisiana.

“I was really nervous. It sold out first hour or whatever. We walked out on stage, and there were probably 50 banners in the audience that said Van Hagar, The Red Rocker, Van Halen we love you, or you know, Dave sucks. There was this, it was so unbelievable.”

“And we walk out on stage and they f*cking busted the barricades out, and I just said “well shit, let’s go!” You know? And I’m a pretty confident human being, anyways. I’m not like a real insecure kind of guy. Though I walked on stage a little shy, and it was wonderful. I haven’t had one single bad incident. And then the next thing that kind of told me what was happening, was when 5150, the third week, went to number one. And Van Halen had never had a number one record. They had a number two record,” Sammy Hagar said.

Back in 2002, when Sammy Hagar and David Lee Roth were out of Van Halen they got together to do a co-headlining tour across North America. Even though the tour was a financial success, the things didn’t end so well between the two Rock Stars. Hagar accused Roth of cancelling a scheduled show in Long Island, because he insisted that he would only play in Madison Square Garden and only if he could be the headliner there, even knowing that it wasn’t his turn.

In an interview with Eddie Trunk back in 2020, Hagar recalled the tour saying (Transcribed by Rock and Roll Garage): “You know, I’ve been an advocate of doing the Sammy and Dave tour”. The musician continued saying that the idea of that tour he did with Lee Roth in 2002 was to get “the brothers” (Eddie and Alex Van Halen) “attention to do the reunion way back then and do it again, again and again. I mean, give the fans what they want and the cool thing about it would be if I came out and did two songs, I leave the stage, Dave come out and do two songs. Not like one guys has to open the show for the first hour and then the other guy comes for the second hour.”