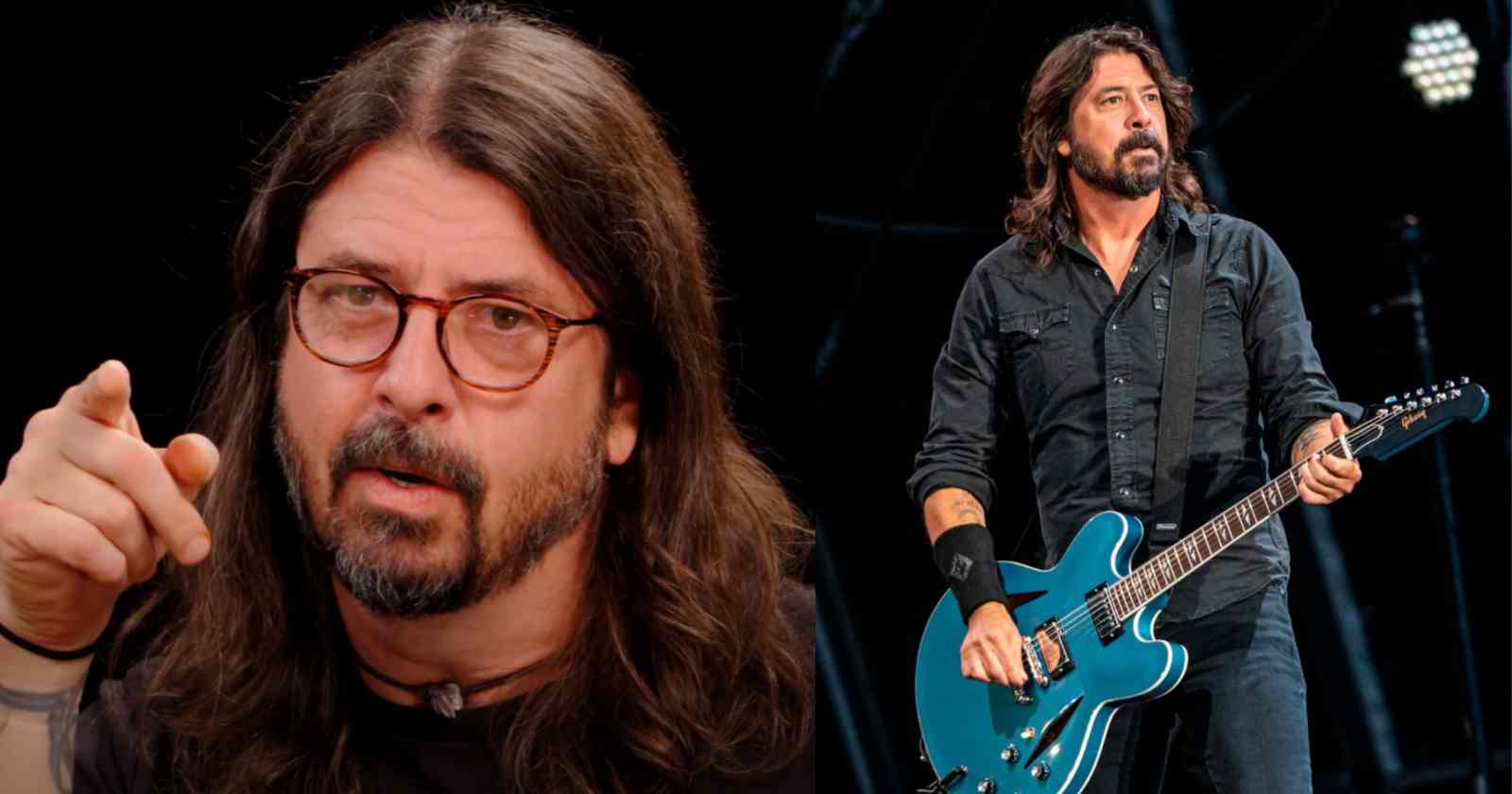 Images from First We Feast and Raphael Pour-Hashemi

One of the most successful Rock musicians in history, Dave Grohl first achieved fame as Nirvana’s drummer and then as the leader, guitarist and vocalist of Foo Fighters. Over the decades he talked about many musicians he admires and in an interview with British GQ back in 2018 (Transcribed by Ultimate Guitar), the American multi-instrumentalist named two guitarists that are some of his favorites of all time after being asked which was his favorite guitar solo. One of musicians listed by Grohl is his favorite soloist and the other one made the musician’s favorite album of all time.

“Jimmy Page, I think, is my favorite soloist. I love the way that he was always teetering on the edge of total chaos. But he knew how to place every note in a space that really drew emotion.”

“So when you watch a movie like ‘The Song Remains the Same,’ or any live footage from 1971 or 1973, or 1975. Even the earlier stuff, he’s just going for it. It’s that sort of fearlessness that I respect most in musicians. Not perfection or any sort of clean technical proficiency. I really like to see musicians right on the edge of falling apart. He did that in the most beautiful way,” Dave Grohl said.

The Foo Fighters leader already had the chance to play live with Page when the group played at the Wembley Stadium back in 2008. The Foo’s invited Led Zeppelin’s Jimmy Page and John Paul Jones to play with them. The musicians performed “Rock and Roll” (With Taylor Hawkins on vocals and Grohl on drums) and “Ramble On” (With Grohl on vocals).

One of the most influential and successful guitarists of all time, Jimmy Page started as a respected session musician. He played on many classic recordings of other musicians like Donovan and The Who. After an important time as The Yardbirds guitarist, Page created The New Yardbirds that would quickly change their name to Led Zeppelin. The band became one of the best-selling groups of all time that sold an estimated amount of 200 to 300 million records worldwide.

“That being said, there is an instrumental record by an American legend named Ry Cooder. He scored a [1984] movie called ‘Paris, Texas‘ in the ’80s. The soundtrack to that film is my favorite album of all time. It sort of paints this sort of barren desert landscape. But he does it with a slide guitar. It’s just so simple and emotive, and amazing. So one of those two,” Dave Grohl said.

Born in Los Angeles, California back in 1947, Ry Cooder is a multi-instrumentalist, songwriter, film score producer and writer. During his career he played with names like John Lee Hooker, The Rolling Stones, Eric Clapton, Neil Young and many more. He is also recalled for producing the album “Buena Vista Social Club” (1997) that became a worldwide hit.

As Grohl said, Cooder composed the music for the classic 1984 road movie directed by Wim Wenders. At the 1984 Cannes Film Festival, it won the Palme d’Or from the official jury. Also won the FIPRESCI Prize and the Prize of the Ecumenical Jury.