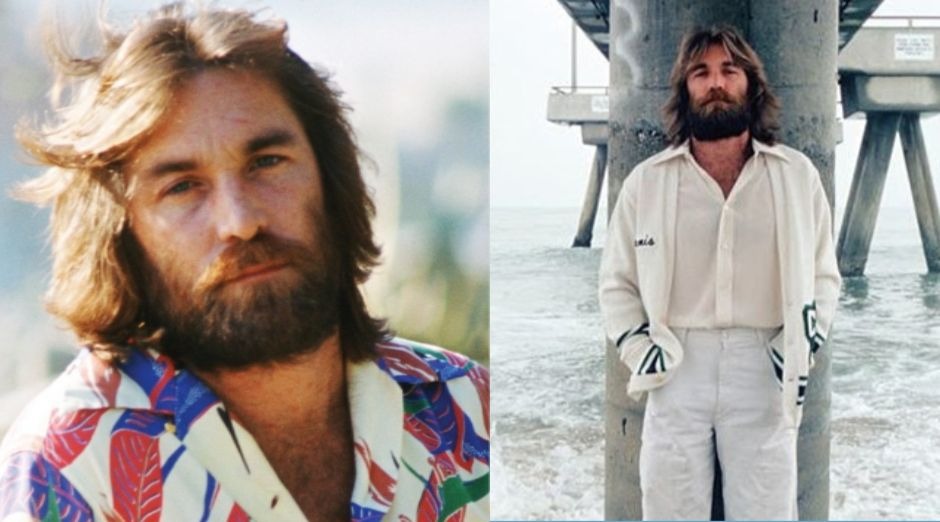 Dennis Wilson was one of the Wilson brothers that were part of the legendary Beach Boys. The brothers Brian, Dennis and Carl formed the band with their cousin Mike Love and friend Al Jardine to change the music industry forever with classic albums such as Pet Sounds (1966).

Dennis was the only beach boy who actually surfed and he was the one who suggested the theme for the first single of the band, “Surfin'”. 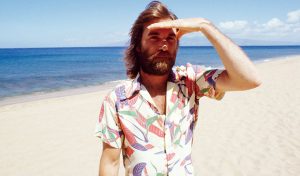 Wilson served mainly on drums and backing vocals for the Beach Boys. His playing can be heard on many of the group’s hits, belying the popular misconception that he was always replaced on record by studio musicians. He originally had few lead vocals on the band’s songs, but his prominence as a singer-songwriter increased following their 1968 album Friends. His music is characterized for reflecting his “edginess” and “little of his happy charm”. His original songs for the group included “Little Bird” (1968) and “Forever” (1970). Friends and biographers have asserted that he was an uncredited writer on “You Are So Beautiful”, a 1974 hit for Joe Cocker frequently performed by Wilson in concert.

On April 6, 1968, Wilson was driving through Malibu when he noticed two female hitchhikers, Patricia Krenwinkel and Ella Jo Bailey. He picked them up and dropped them off at their destination. On April 11, Wilson noticed the same two girls hitchhiking again. This time he took them to his home at 14400 Sunset Boulevard. He recalled that he “told [the girls] about our involvement with the Maharishi and they told me they too had a guru, a guy named Charlie who’d recently come out of jail after 12 years.”

Wilson then went to a recording session; when he returned later that night, he was met in his driveway by Charles Manson, and when Wilson walked into his home, about a dozen people were occupying the premises, most of them young women. They were later known as members of the “Manson Family”.

By Manson’s own account, he had met Wilson on at least one prior occasion: at a friend’s San Francisco house where Manson had gone to obtain marijuana. Manson claimed that Wilson invited him to visit his Sunset Boulevard home when Manson came to Los Angeles.

Wilson was initially fascinated by Manson and his followers, referring to him as “the Wizard” in a Rave magazine article at the time. The two struck a friendship, and over the next few months, members of the Manson Family – mostly women who were treated as servants – were housed at Wilson’s household, costing him approximately $100,000 (equivalent to $740,000 in 2020). Much of these expenses went into cars, clothes, food, and penicillin shots for their persistent gonorrhoea.[4] This arrangement persisted for about six months.

In late 1968, Wilson told the magazine Record Mirror that “when I met [Charlie] I found he had great musical ideas. We’re writing together now. He’s dumb, in some ways, but I accept his approach and have [learned] from him.” He told reporters that he had been living with 17 women; asked if he had been supporting them, Wilson replied: “No, if anything, they’re supporting me. I had all the rich status symbols – Rolls-Royce, Ferrari, home after home. Then I woke up, gave away 50 to 60 percent of my money. Now I live in one small room, with one candle, and I’m happy, finding myself.

Wilson introduced Manson to a few friends in the music business, including the Byrds’ producer Terry Melcher. Manson recorded numerous songs at Brian’s home studio, although the recordings remain unheard by the public. Band engineer Stephen Desper said that the Manson sessions were done “for Dennis and Terry Melcher.” In September 1968, Wilson recorded a Manson song for the Beach Boys, originally titled “Cease to Exist” but reworked as “Never Learn Not to Love”, as a single B-side released the following December. The writing was credited solely to Wilson. Asked why Manson was not credited, Wilson explained that Manson relinquished his publishing rights in favor of “about a hundred thousand dollars’ worth of stuff.” Around this time, the Family destroyed Wilson’s Ferrari, as well as his Mercedes-Benz, which had been driven to a mountain outside Spahn Ranch. 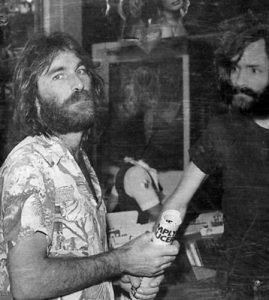 Irresponsible and spender, he was expelled several times from the Beach Boys. Him and his cousin Mike Love didn’t like each other. With financial difficulties, he was unable to pay for Harmony: the boat was taken from him and then sank. Despite the problems, he recorded the LP Pacific Ocean Blue, which quickly became a cult following album. Then he started working on Bambu, but the album was never released while he was alive.

His last years were marked by illness, alcoholism and drug addiction. Bankrupt, precociously aged and away from the Beach Boys, Dennis depended on his friends’ help. 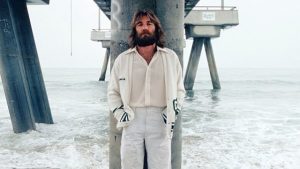 Since November 1983, the musician was homeless and living a nomadic life. He stayed in a therapy centers for a few days and then in hospitals to treat wounds. However he always discharged himself a started drinking again. In December 28, three weeks after his 39th birthday, Dennis drowned at Marina Del Rey after drinking all day and then diving in the afternoon to recover his ex-wife’s belongings. Previously thrown overboard at the marina from his yacht three years earlier amidst their divorce. Forensic pathologist Michael Hunter believed that Dennis experienced shallow water blackout just before his death.

Funeral in the ocean

His funeral took place in an unusual place, in the very ocean, a fact that only happened thanks to the help of a special admirer: President Ronald Reagan. The presidential intervention appears to have been the only time the U.S. commander-in-chief has volunteered to organize someone’s funeral. The information comes from records obtained through the Reagan Library, the American National Archives and the Coast Guard.

Buried in the sea

The afternoon the death of the musician was revealed, Reagan was at his California home during Christmas and New Year’s break. When the president learned of the accident with Dennis, according to Craig Fuller, a cabinet assistant, he asked his advisers to do everything possible to help the family.

What followed was a mobilization by authorities to have Dennis Wilson’s body, at the request of his wife, Shawn Love, be “buried” in the Pacific as soon as possible. On a peaceful Wednesday, a vessel took three of Dennis’ sons, Shawn and his younger brother, Carl Wilson, on a 45-minute voyage into the ocean, until they reached international waters. 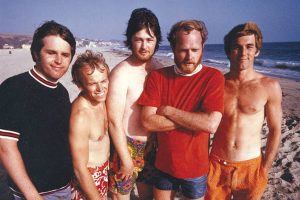 The ship stopped in an area about 183 meters deep, the minimum required by American law for such funerals. “All I could see was my father’s body disappearing into the water forever,” wrote Scott, one of Dennis’ sons, in 2016.

The ‘burial’ caused discord among family members. The idea of ​​taking Dennis to the sea came from the widow Shawn Love, who stated that this would be a wish of the musician. Brian Wilson and Brother Carl were opposed to the ceremony. Some time later, letters sent by the White House to the Coast Guard showed gratitude for the institution’s swift action in arranging funeral procedures in a short space of time. “They followed a request, not an order,” said W. Dennis Thomas, Reagan’s assistant for legislative affairs.

“The Beach Boys ‘entire career is bathed in Dennis’ love of the ocean,” recalls Jardine. “It was only right that he went back there,” he says.