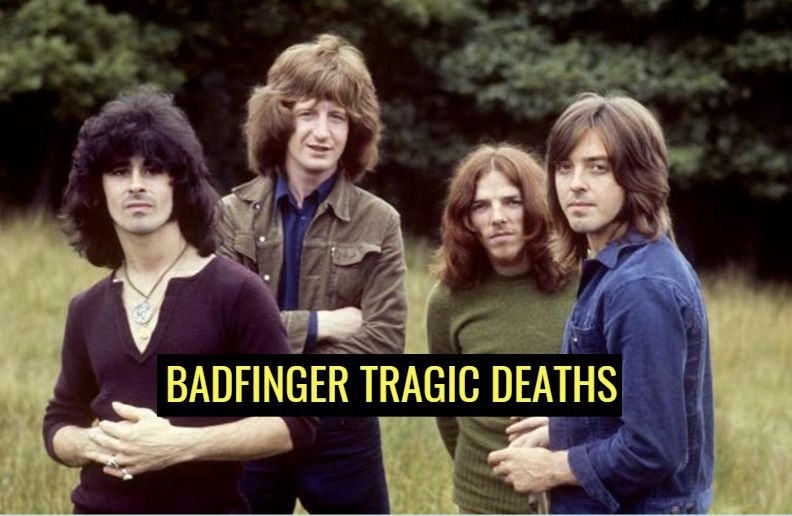 Badfinger were a Welsh classic rock band formed in Swansea that were active from the 1960s to the 1980s. Often called “Beatlesque”, their best-known lineup consisted of Pete Ham, Mike Gibbins, Tom Evans, and Joey Molland. They are recognised for their influence on the 1970s power pop genre.

The band evolved from an earlier group called the Iveys, formed in 1961, which became the first group signed by the Beatles’ Apple label in 1968. The band renamed themselves Badfinger, after the working title for the Beatles’ 1967 song “With a Little Help from My Friends” (“Bad Finger Boogie”). From 1968 to 1973, Badfinger recorded five albums for Apple and toured extensively, before they became embroiled in the chaos of Apple Records’ dissolution.

After Apple Records folded in 1973, Badfinger struggled with a host of legal, managerial and financial issues, leading Ham to commit suicide in 1975. Over the next three years, the surviving members struggled to rebuild their personal and professional lives against a backdrop of lawsuits, which tied up the songwriters’ royalty payments for years. Their subsequent albums floundered, as Molland and Evans alternated between cooperation and conflict in their attempts to revive and capitalise on the Badfinger legacy. In 1983, Evans also committed suicide.

With their current album suddenly withdrawn and their follow-up rejected, Badfinger spent the early months of 1975 trying to figure out how to proceed under the unclear legal situation. Their March 1975 salary cheques did not clear, and the April cheques never arrived. Panic set in, especially for Ham, who had recently bought a £30,000 house in Woking, Surrey, and whose girlfriend was expecting a child.

According to Jackson, the band tried to continue without Polley’s involvement by contacting booking agents and prospective managers throughout London, but they were routinely declined because of their restrictive contracts with Polley and impending legal actions. Ham reportedly tried on many occasions to contact Polley by telephone during the early months of 1975, but was never able to reach him.

On the night of 23 April 1975, Ham received a phone call from the United States, telling him that all his money had disappeared. Later that night he met Tom Evans and they went to The White Hart Pub in Surrey together, where Ham drank ten whiskies. Evans drove him home at three o’clock on the morning of 24 April 1975.Ham hanged himself in his garage studio in Woking later that morning. His suicide note—addressed to his girlfriend, Anne Herriot, and her son, Blair—blamed Polley for much of his despair and inability to cope with his disappointments in life. The note read: “Anne, I love you. Blair, I love you. I will not be allowed to love and trust everybody. This is better. Pete. P.S. Stan Polley is a soulless bastard. I will take him with me”.

Ham died at the age of 27. Ham had shown growing signs of mental illness over the past months, with Gibbins remembering Ham burning cigarettes on his hands and arms. He was cremated at the Morriston Crematorium, Swansea; his ashes were spread in the memorial gardens. Ham’s daughter, Petera, was born one month after his death. In May, Warner Bros terminated its contract with Badfinger, and Badfinger dissolved. Around that time, Apple also deleted all of Badfinger’s albums from its catalogue.

On the night of 18 November 1983, Evans and Molland had an extensive and heated argument on the telephone regarding past Badfinger income still in escrow from the Apple era, and the “Without You” songwriting royalties Evans was now receiving, which Molland, former manager Collins and Gibbins all wanted a share of. Following this argument, Evans hanged himself in the garden at his home in Richmond, England on the morning of 19 November 1983. He was cremated at the Woking Crematorium, Surrey, on 25 November 1983.