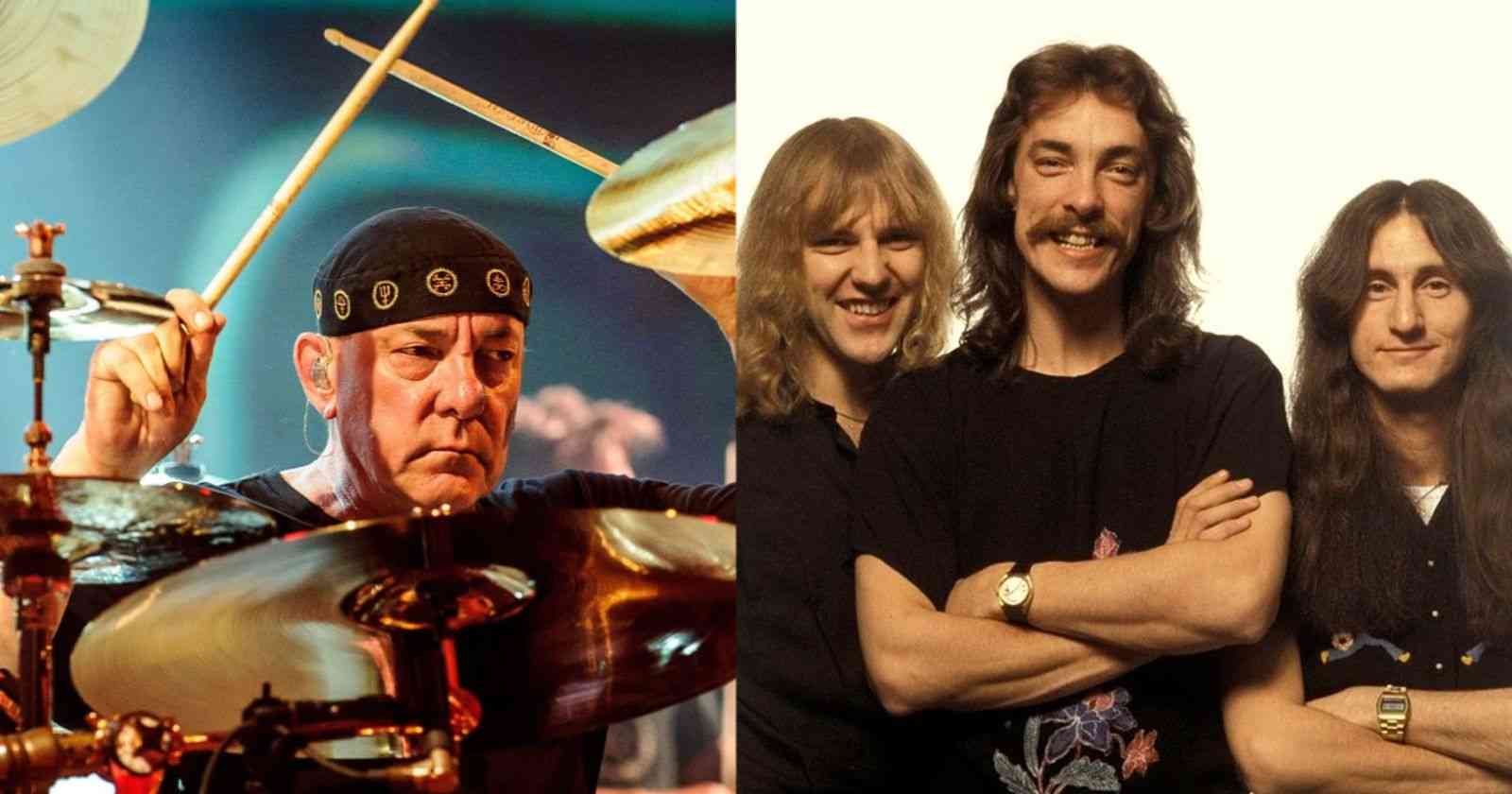 Legendary drummer Neil Peart joined Rush only after their first album, replacing John Rutsey, who left the band due to health issues. In an interview with Farm Equipment back in 2019, Neil’s father Glen Peart (Who died in 2021) recalled the exact moment when Neil was invited to audition for Rush when he was a parts manager in a dealership.

The story of the exact moment Neil Peart was invited to audition for Rush, according to Glen Peart:

“Neil had joined a small local band playing only on weekends. Somehow, his reputation had gotten around. The “White Corvette” visit to our farm equipment dealership has been documented several times. After lunch when the two men left, I could tell that Neil was really tormented. He was certainly not himself.”

“When we locked the door, he came and sat in my office and unloaded. The two visitors were the managers of Rush, a band from Toronto that were about to hit the big time. They had signed a contract and their first tour was arranged but their drummer had just dropped a bomb on all their plans — for health reasons, he had been told not to travel. The managers wanted Neil to audition ASAP and, if successful, to join the other two guys and start to practice — immediately!”

“Neil was consumed with guilt because we were just coming into our busy season and he felt he was letting me down. I finally said, ‘Neil, this could be the chance of your life. We have to talk this over your mother when we get home, but I feel you have to do this. It could be a dream come true and if it doesn’t work out, there will still be a Parts Department that can use you!’ Obviously, Mom agreed with my thoughts and the rest is history!”

During the same interview he talked Neil’s passion for the drums:

“This was a natural fit; he had worked with me for several summers while attending school. He was good with numbers and had an easy way with people. But Neil had only one burning passion — “to be a drummer!” He had several local gigs and some local success, but he was disgusted that the other band members did not share his passion.”

Legendary Rush drummer Neil Peart died at the age of 67 on January 20. The musician was battling brain cancer for the past 3 years. The disease was never revealed to the fans and was now confirmed by his family. His last moments were in Santa Monica, California. He lived there with his family.