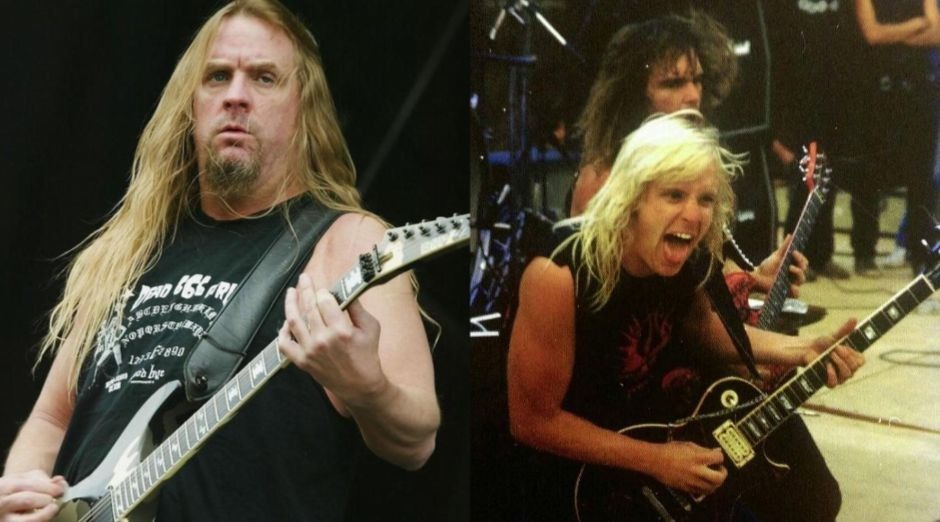 Jeff Hanneman, guitarist for the thrash metal band Slayer, was born on January 31, 1964, in Oakland, California. He grew up in Long Beach in a family that contained several war veterans: his father fought in Normandy during World War II and his brothers in Vietnam.

Hanneman was introduced to heavy metal as a child by his older sister Mary when she was listening to Black Sabbath at her home. When he reached high school, Hanneman discovered hardcore punk, which had a significant influence on his style and attitude.

In 1981 Hanneman, who was working as a telemarketer at the time, met Kerry King, when King was auditioned for a southern rock band called “Ledger”. King recalled, “When I was leaving, I saw Jeff standing still playing the guitar, and he was playing songs that I also liked, like Def Leppard’s ‘Wasted’, and AC / DC and Priest.”

After the testing session, the two guitarists started talking and playing songs by Iron Maiden and Judas Priest. Slayer was born when King asked “Why don’t we start our own band?”, Then Hanneman replied “… Fuck yeah!”.

In early 2011, Hanneman contracted necrotizing fasciitis after being bitten by a spider. The disease, which is a rare infection in the subcutaneous tissue, almost led to his death. And caused him to lose part of the arm muscle.

Since then, he has moved away from some of the band’s shows so he could recover. In 2012, bandmate Tom Araya had announced his recovery from the disease, but then, in February 2013, Hanneman demonstrated continued health problems that prevented him from working with Slayer.

Hanneman died on May 2, 2013 near his home in Island Empire, California. He was in a local hospital and suffered liver failure. It is not known whether the skin disease was linked to his liver failure. Later, results reveal that the cause of death is due to liver cirrhosis due to problems with alcoholism. Hanneman died at age 49.