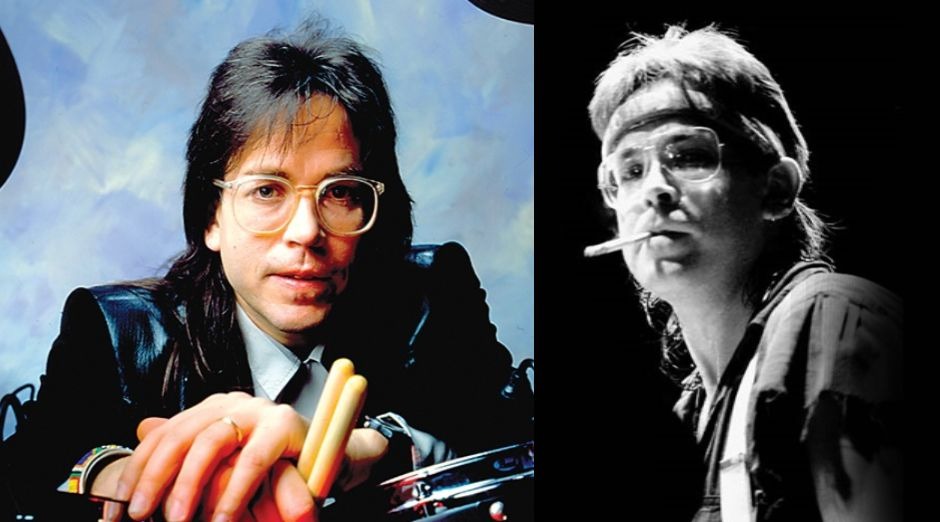 Legendary drummer and founder of the band Toto, Jeff Porcaro also played with Steely Dan and many other great musicians. He was born in Hatford on April 1, 1954. And died in Los Angeles in 1992, when he was only 38.

Porcaro died at Humana Hospital-West Hills on the evening of August 5, 1992, at the age of 38, after falling ill while spraying insecticide in the yard of his Hidden Hills home. The coroner ruled out an accident, and determined a heart attack due to occlusive coronary artery disease caused by atherosclerosis resulting from cocaine use. However, a Los Angeles County Coroner spokesman (and some doctors who treated Porcaro) attributed the death to a heart attack caused by an allergic reaction to inhaled pesticide spray. Bandmate Steve Lukather claims that Porcaro had also been suffering from a long-standing heart condition and a smoking habit, both of which contributed to his death.

His funeral was held on August 10 in the Forest Lawn – Hollywood Hills Cemetery, where he was buried on the Lincoln Terrace, lot 120. The Jeff Porcaro Memorial Fund was established to benefit the music and art departments of Grant High School in Los Angeles, California, where he was a student in the early 1970s. A memorial concert took place at the Universal Amphitheater in Los Angeles on December 14, 1992, with an all-star line-up that included George Harrison, Boz Scaggs, Donald Fagen, Don Henley, Michael McDonald, David Crosby, Eddie Van Halen, and the members of Toto. The proceeds of the concert were used to establish an education trust fund for Porcaro’s sons.

Where is Little Richard, the legendary musician
Great White 2020 tour dates
To Top