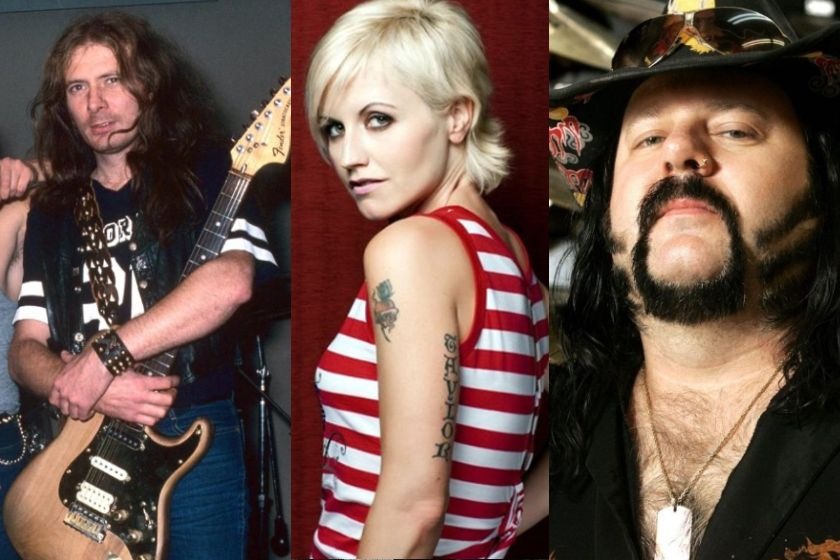 Unfortunately, 2018 was another year we lost great musicians who were part of our lives with great songs from memorable bands. So we’ve prepared a list of the top rockstars who died this year and some of the best songs they’ve ever played.

The musician was a heavy metal drummer and producer who in his last years was working in the band Hellyeah. Vinnie Paul achieved fame when he was part of the band Pantera, of which he was co-founder. He was also in 2004, co-founder of the band Damageplan along with his brother, Dimebag Darrell. The band was well acclaimed by critics and made significant success, until the murder of Dimebag Darrell, in full swing, to take the band to the end in December of that same year.

Vinnie Paul died on June 23, 2018, a victim of a heart attack while sleeping.

Edward Allan Clarke (Twickenham, 5 October 1950 – London, January 10, 2018), known as “Fast” Eddie Clarke, was a British guitarist, known for being part of the bands Motörhead and Fastway.

While working on a construction site, Clarke met Phil Taylor, drummer for Motörhead. Taylor introduced Clarke to Lemmy, bassist and vocalist of the band, who accepted it to be part of the group. At Motörhead, Clarke made his most famous recordings, such as Overkill, Ace of Spades, Bomber, No Sleep ’til Hammersmith and Iron Fist. The trio Lemmy-Clarke-Taylor is considered the classic formation of Motörhead.

Clarke left Motörhead in 1982 during the Iron Fist tour, dissatisfied with the fact that the band had worked with Wendy O. Williams of the Plasmatics (on the EP Stand by Your Man).  He was replaced by Brian Robertson, a former member of Thin Lizzy.

Eddie Clarke died on January 10, 2018 at the age of 67 while treating pneumonia. He was the only member still alive of the classic formation of Motörhead.

It is considered in Ireland like the greatest singer of all the history of the country. She has always made The Cranberries notorious, although she was out of the band between 2003 and 2009. Mother of three (Taylor, born November 11, 1997, Molly, born Jan. 27, 2001, and Dakota Rain, on April 10 of 2005), also had a stepdaughter, son of the first marriage of Don Burton, with which it married in 1994.

Dolores O’Riordan died unexpectedly on January 15, 2018, at age 46, while in London, England, for a recording session. The expertise demonstrated that she died of fentanyl overdose.  However, the actual cause of death was revealed only in accordance with the medical report on the day of her 47th birthday on September 6, 2018. Dolores had consumed a large amount of alcoholic beverage, suffered an intoxication and died drowning in the bathtub of the room.

Pat Torpey (Cleveland, December 13, 1953 – February 7, 2018) was an American drummer best known for his work as drummer for the band Mr. Big. In 2014, he was diagnosed with Parkinson’s disease, which made it impossible to tour with the band Mr. Big on his tour, which promoted the album The Stories We Could Tell.

Torpey was born in Cleveland on December 13, 1953. He first became interested in drumming as a child after seeing a drummer in a polka band performing at a local picnic.

In high school, Torpey immersed himself in all available music programs, concert, orchestra, marching and stage bands. About his teenage years, he said: “I wanted to play everything percussion, and I convinced my mother to buy me a used drum kit for my thirteenth birthday.” His family moved to Phoenix, Arizona, where he began to hone his skills by playing in various local bands.

Torpey died from complications of Parkinson’s disease at the age of 64 on February 7, 2018.

James Walter Rodford (7 July 1941 – 20 January 2018) was an English musician, who played bass guitar for several British rock groups. He was a founding member of Argent, which was led by his cousin Rod Argent, and performed with them from their formation in 1969 until they disbanded in 1976.

He was the bass guitarist for The Kinks from 1978 until they disbanded in 1996. In 2004, he joined the reunited Zombies, whom he had been closely associated with since the early 1960s, and remained a member until his death in 2018. He was also a member of The Swinging Blue Jeans and The Kast Off Kinks.

On 20 January 2018, Rodford died after he fell down stairs at his home in St Albans.

Marty Balin was an American singer, songwriter, and musician best known as the founder and one of the lead singers and songwriters of Jefferson Airplane and Jefferson Starship.

Balin was the primary founder of Jefferson Airplane, which he “launched” from a restaurant-turned-club he created and named the Matrix, and was also one of its lead vocalists and songwriters from 1965 to 1971. In the group’s famous 1966–1971 iteration, Balin served as co-lead vocalist alongside Grace Slick and rhythm guitarist Paul Kantner.