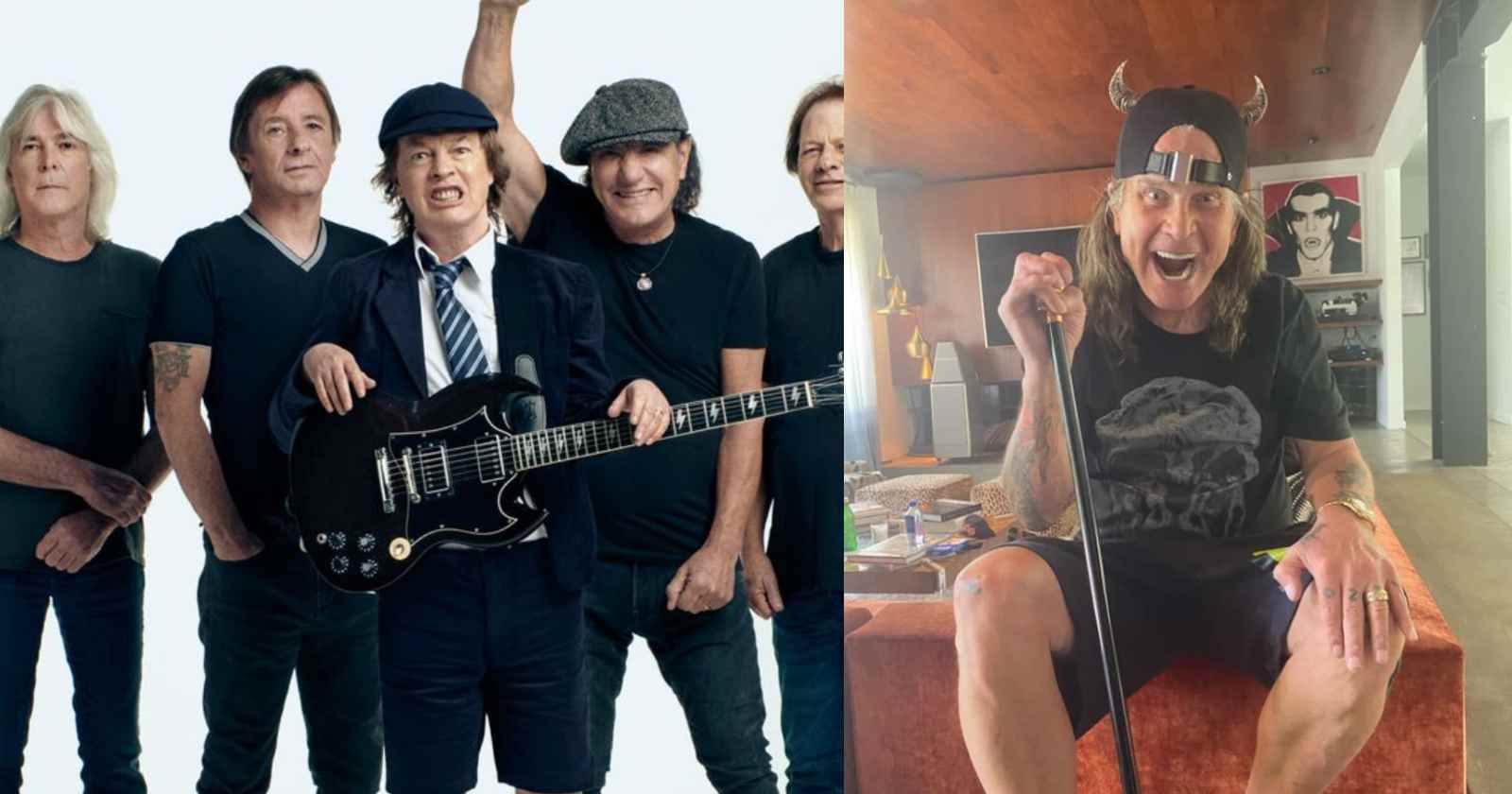 Considered by many the biggest Hard Rock band of all time, AC/DC never changed their sound through the decades. In an interview back in 2016 to promote their album Rock Or Bust guitarist Angus Young explained why Ozzy Osbourne calls their music “meat and potatoes”.

The reason why Ozzy Osbourne calls AC/DC “meat and potatoes” according to Angus Young:

“I play guitar when I feel like playing guitar – that’s how I learned to play. It was a never, ‘You must do that,’ it was a case of you wanted to do that and you felt like doing it. The music has a lot of power. It’s simple, but it’s also kind of complex.”

“Ozzy Osbourne calls us ‘meat and potatoes’ – it’s as good a description as any. You’re trying also to communicate to the whole building. You’re hoping that that sound gets to the very back of the hall so that they’re getting the same feeling as the people who are close.”

“Over the years, you can pace yourself. Maybe I’m lucky – I always kind of get a second and third wind. Sometimes I do not know where it comes from. Sometimes I look and I feel tired, and then, out of the blue, I play a bit of music and then I go, ‘Oooh. What am I doing?’ And I’ve moved from one end of the stage to the other. Once you are on stage, you go, ‘I can’t get off now.’ The real world goes away, and you get to go into another world. You just get on and you get on and that’s it.”

In an interview for the Broken Record Podcast back in 2020, Ozzy Osbourne revealed which AC/DC singer is his favorite: “Bon Scott was a great singer. I mean, Brian [Johnson] is good, but I prefer Bon.”

AC/DC was formed in Sydney, Australia back in 1973, by Scottish brothers Malcolm and Angus Young. They underwent several line-up changes before releasing their first album, High Voltage, in 1975. The line-up remained stable until bassist Cliff Williams replaced Mark Evans in 1977. In 1979, the band recorded their good successful Highway to Hell album.

Singer Bon Scott passed away on February 19, 1980, after consuming a large amount of alcohol the night before, and the body was found in the back seat of Alistair Kinnear’s car. The group considered the split for some time, but quickly former Geordie frontman Brian Johnson was selected to replace Scott. Later that year, the band released their best-selling album, Back in Black.