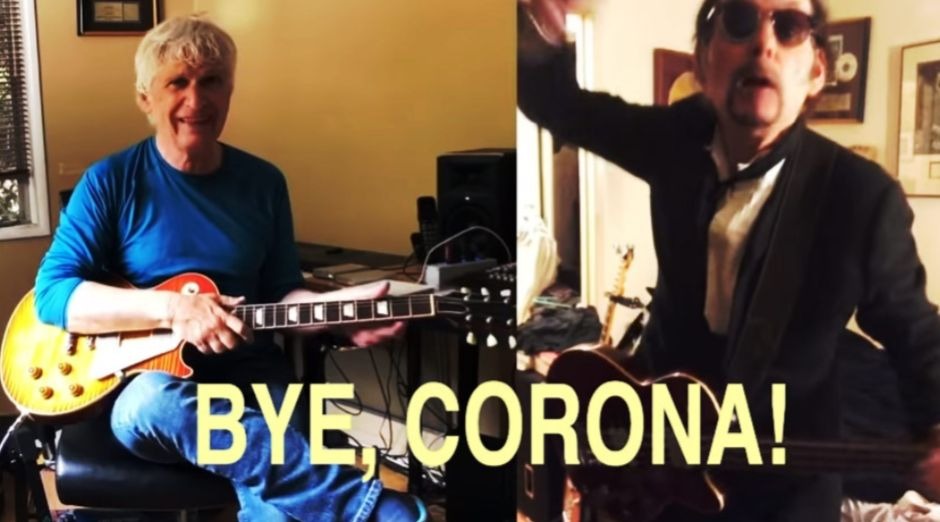 “My Sharona” is a 1979 hit by The Knack. Now, the song has just won a version to become an anthem in the fight against the new Coronavirus. The song was “reimagined” under the title “Bye, Corona!”. The guitarist Berton Averre, co-author of the hit, explains that fans suggested the cover.

“Our vocalist, unfortunately, is no longer with us. I know he trusts me, but I also know that you don’t want to hear me sing that, ”commented Berton. Talking about Doug Fieger, who died in 2010 after a battle with cancer.

However, the guitarist gives guidance on how to play the track’s guitar solo. Soon after, he stops to sanitize the instrument. After that bassist Prescott Niles appears and virtually the two get together to sing the chorus “Bye, Corona!”.

In addition, the recent digital streaming royalties obtained with the classic rock hit “My Sharona” will be donated to the Music Heath Alliance.

“My Sharona” is the debut single by the band. The song was written by Berton Averre and Doug Fieger, and released in 1979. It reached number one on the Billboard Hot 100 singles chart where it remained for 6 weeks. In addition, was number one on Billboard’s 1979 Top Pop Singles year-end chart.