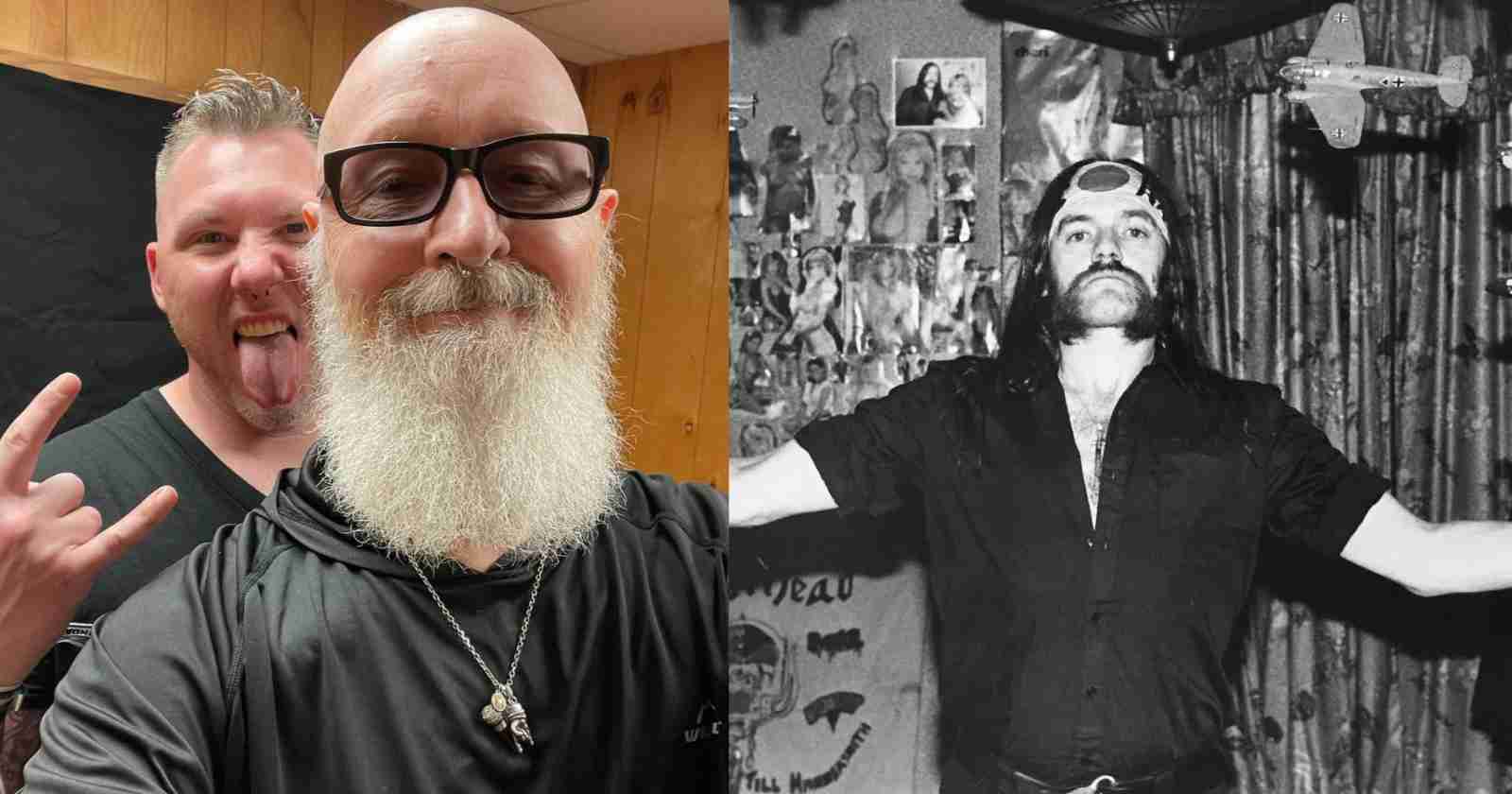 Motörhead bassist and singer Lemmy Kilmister was an unique character with a unique lifestyle. In an interview with Metal Hammer back in 2020 Judas Priest vocalist Rob Halford recalled the funny habit the late musician had after concerts.

The funny habit Lemmy had after concerts according to Rob Halford:

“There’s also a bittersweet one regarding a photo on my Instagram. After a South American tour together we were heading back to Los Angeles. It had been a long, long flight. Lemmy had been sitting by himself and you generally didn’t want to get too close to him if that was the case, but I went and said thanks for a great tour. We had a bit of a chat and internally I felt something was going to happen. [Rob falls silent, trying to compose himself].

“Sorry… that’s an upsetting memory. I asked him for a selfie and he said fuck off, but we took it anyway and it’s the last photograph of me and Lemmy together. I still miss Lem and everything he stands for in rock’n’roll. But the music will last forever. That’s what I tell myself whenever I’m feeling down.”

In an interview with Bass Player magazine he commented on the way he used to play bass: “I was a guitar player first, so I’m used to playing chords. It’s just like playing the guitar without the top two strings. I just made chords out of what strings I had left. It’s unorthodox, but it works for us.“
Continue Reading
You may also like...
Related Topics:articles, CLASSIC ROCK, Featured, hard rock, heavy metal, interviews, judas priest, lemmy kilmister, motorhead, rob halford