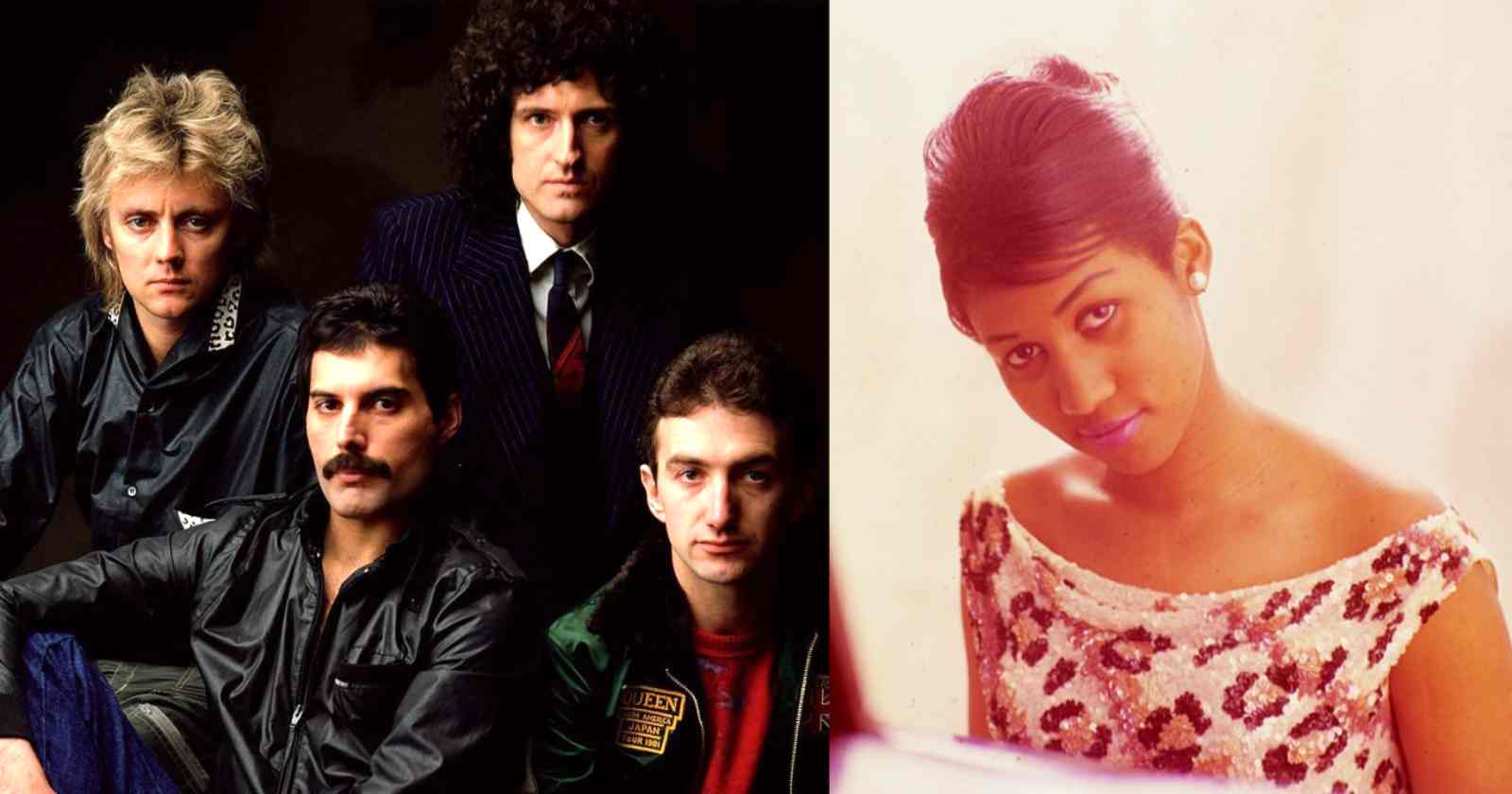 Also known as the “Queen Of Soul” music, the late American singer Aretha Franklin is considered one of the greatest artists of all time and was an influence to millions of musicians worldwide, including the Queen vocalist Freddie Mercury.

His love for Aretha’s work even helped him to compose one of the most famous songs of the British Rock and Roll group as he and guitarist Brian May recalled in the special Queen video series “The Greatest” shared on their official Youtube channel.

The Queen song that was influenced by Aretha Franklin

As Freddie Mercury revealed in an interview in the late 70s  (Transcribed by Rock and Roll Garage), recovered by Queen, he had Aretha Franklin in mind when composing the hit “Somebody To Love”, first released on their 1976 album “A Day At The Races”. The singer also considered that the track was his greatest composition at the time.

“We had the same three people singing on the big choir sections. But I think it had a different kind of technical approach because there was this sort of Gospel way of singing, which I think was different to us. Sort of going to Aretha Franklin, sort of made them go a bit mad.”

“I just wanted to write something in that kind of thing. I was sort of incensed by the Gospel approach that she had on hear albums, the earlier albums. Although it might sound the same kind of approach on the harmonies, it is very different in the studio, because it’s like a different kind of… a different range.”

“People will obviously no matter how hard you try will think in terms of your past hits. That’s inevitable. But I think it’s up to the group and musicians to really think in other terms. From my point of view, I mean, as far as the writing side of it is concerned, I said ‘Ok. ‘Bohemian Rhapsody’ is a big hit’.”

“But as far as my writing ability is concerned I think I can write better anyway. I mean, I went and wrote, for my estimation, I think a song like ‘Somebody To Love’, is in my estimation, a better sort of… from the writing aspect a better song.”

At the time the song failed to reach the top of the charts in the United Kingdom, achieving the second position. However, the track became later on one of the most famous songs of the band. Also a powerful part of their live concerts.

That album also had other hits like “Tie Your Mother Down” and “Good Old-Fashioned Lover Boy”.

Guitarist Brian May also confirmed that Freddie was inspired by Aretha

Queen guitarist Brian May also confirmed at the special video series “The Greatest” that the late singer was inspired by Aretha Franklin, saying (Transcribed by Rock and Roll Garage): “Freddie wanted to be Aretha Franklin. You have to bear this in mind. That explains everything.”

“He loved Aretha. This was his Gospel epic. It kind of followed the steps of ‘Bohemian Rhapsody’ in the sense that we were building up these multiple vocal parts. But this time we were being a Gospel choir instead of being an English choir.”

“Freddie came in very well prepared with a lot of vocal parts. We just worked our way through it. A very good feeling. I always remember feeling ‘This is going to be something great'”.