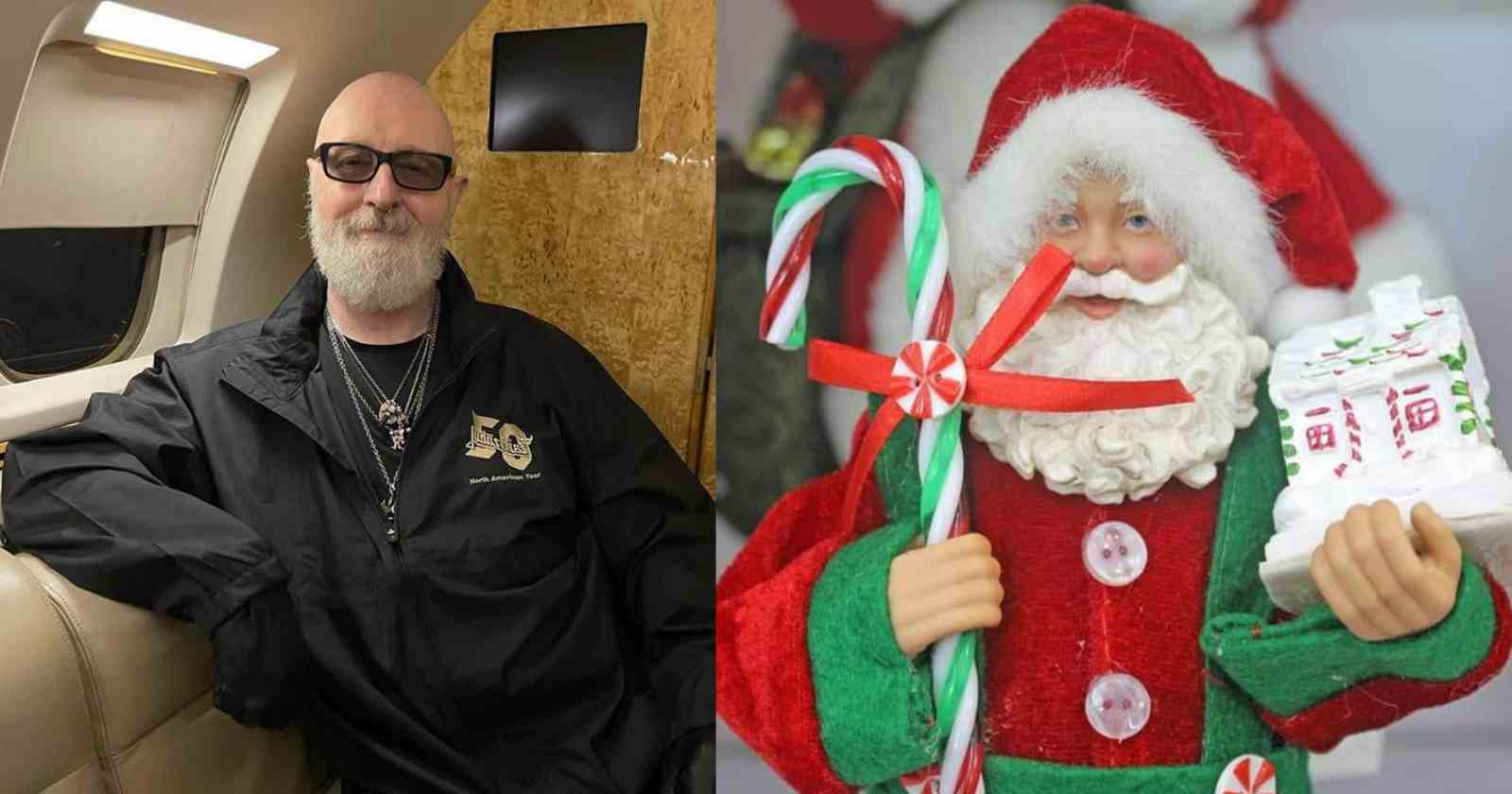 Christmas is always a very special time of the year and even the Metal God loves to hear the traditional songs when Santa Claus is coming to town. The Judas Priest vocalist Rob Halford said in an interview with Classic Rock in 2019, that he loves to decorate his house and usually have about 9 trees in his property. He also revealed which is his favorite christmas song.

The Christmas song that Rob Halford likes the most

“Probably ‘Away in a Manger.’ The reason is because it’s making me think back to when I took part in a school Nativity play when I was about seven. I played one of the three kings, so that song has kind of stuck with me. Beautiful memories. Apart from the fact that it was a nightmare trying to keep the crown on; it kept falling off!” Rob Halford said.

The Christmas carol “Away In a Manger was first published in the late nineteenth century and became very popular in the countries that speak English, especially in the United Kingdom.

His love for Christmas decoration

In the same conversation, Halford talked about how he loves to decorate his house for Christmas. The musician joked that he is like a cat and loves to all the “sparkly flashy stuff”. “I’m Christmas tree mad. I put loads of Christmas trees up, way too many. I don’t know why… [pause] it’s metal! [Laughs] If you’re a metalhead, you have to have more than one Christmas tree. That’s just the way I am: I love that side of it.

“I always put the trees up myself, I don’t let anybody get in my way – they could put the globe in the wrong place, or the tinsel or the coordination could be incorrect or the colors not matching – so I have to do it myself. Which is a lot of fun! I love that side of it. I love the decorations and all of the sparkly flashy stuff. I’m like a cat!”

He continued giving details of his trees:

“Oh, and if I have guests coming over, I have two guest rooms, so there’s one in each guest room so that’s eight, and then I have one in my room. So we’ve got to nine. It could be more…” Rob Halford said.