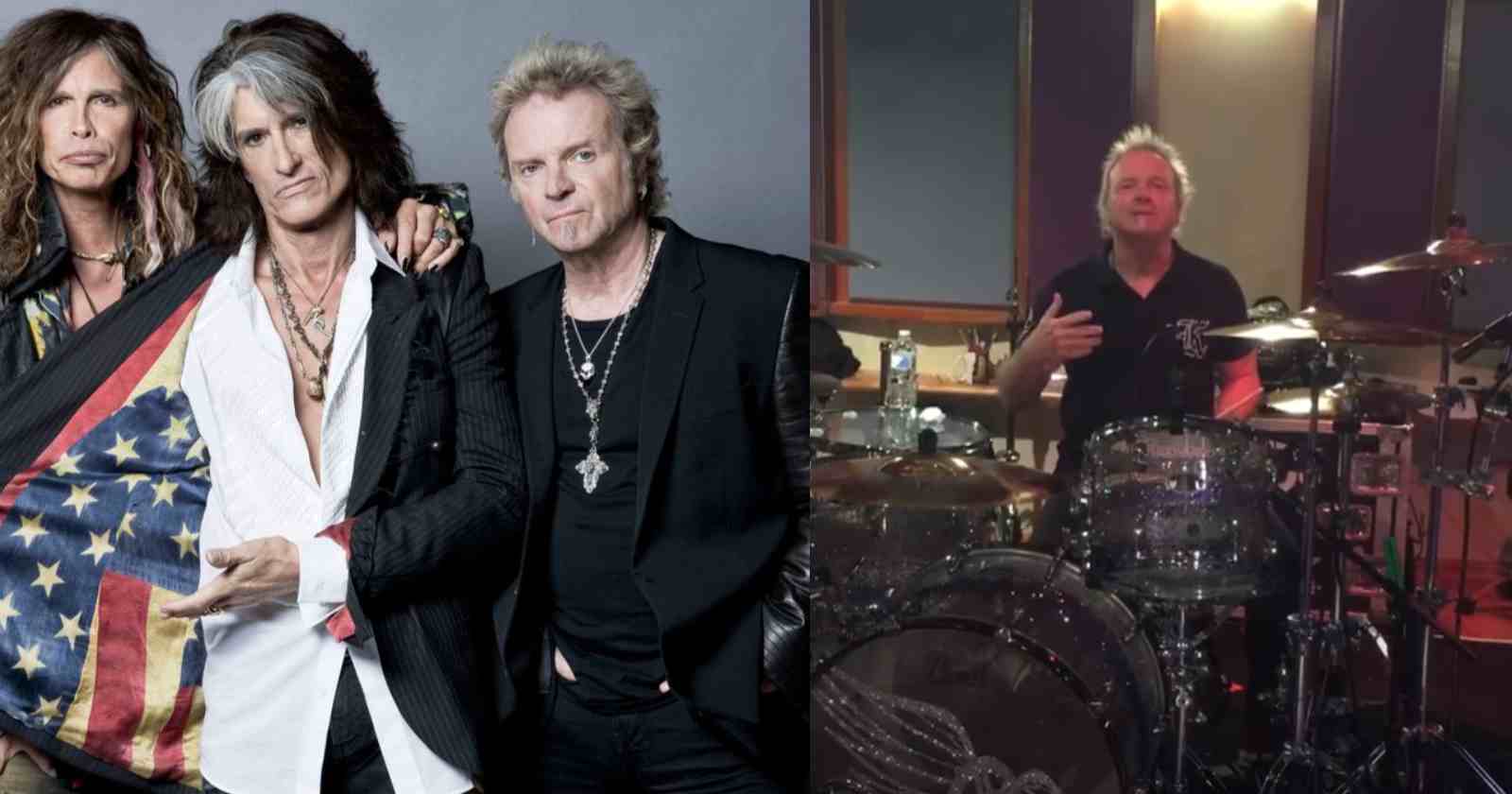 Aerosmith drummer Joey Kramer always was an important part of the legendary American Hard Rock group that still is an influence to musicians all around the world since the 70s. In an interview with Planet Rock back in 2017 (Transcribed by Rock and Roll Garage) he chose his favorite albums of the band and explained why they are so important to him.

The Aerosmith albums that drummer Joey Kramer listed as his favorites:

“‘Permanent Vacation’ in my mind, really marked a change, a step up and getting it together on our parts musically and in any way you can think of that we needed to go in that direction in order to put ourselves back on track from once we came and after ‘Permanent Vacation’ was ‘Pump’ and when I heard, I can remember guys from other bands telling me that when they were in the studio recording they would A/B whatever they were doing against ‘Pump’ as a guideline.”

“‘Pump’ to me, if I had to pick my two favorite records I would definitely pick ‘Pump’ as one of them, because the difference in the playing, the production, the songwriting, the lyrics, all the content that make the total of an album were two or three steps above, even ‘Permanent Vacation’ (that) was a really good record. It’s so all about the fans, we don’t talk about that enough, we do but not enough.”

“It was the fans latching on to ‘Pump’ and the new, sort of speak Aerosmith. Because there is where we draw the line between the old stuff and the new stuff. It’s almost like two different genres of Aerosmith. I wasn’t surprised for the reception for ‘Pump’, for the first time I knew when that record was done, I knew he had done something really great.”

Released in 1987, “Permanent Vacation” was Aerosmith’s ninth studio album and had hits like “Rag Doll”, “Dude (Looks Like a Lady)” and “Angel”.

It was their first to employ songwriters outside the band, instead of featuring songs solely composed by them. Desmond Child, Jim Vallance and Holly Knight co-wrote some songs with the group.

Aerosmith’s tenth studio album, “Pump” was released in 1989 by Geffen Records. The album peaked at No. 5 on the US charts, and was certified septuple platinum by the RIAA in 1995.

Again, the band accepted the contribution of songwriters outside the group like Desmond Child, Jim Vallance, Brian Holland, Lamont Dozier and Eddie Holland.

The record had hits like “What It Takes”, “Love In Elevator” and “Janie’s Got a Gun”.