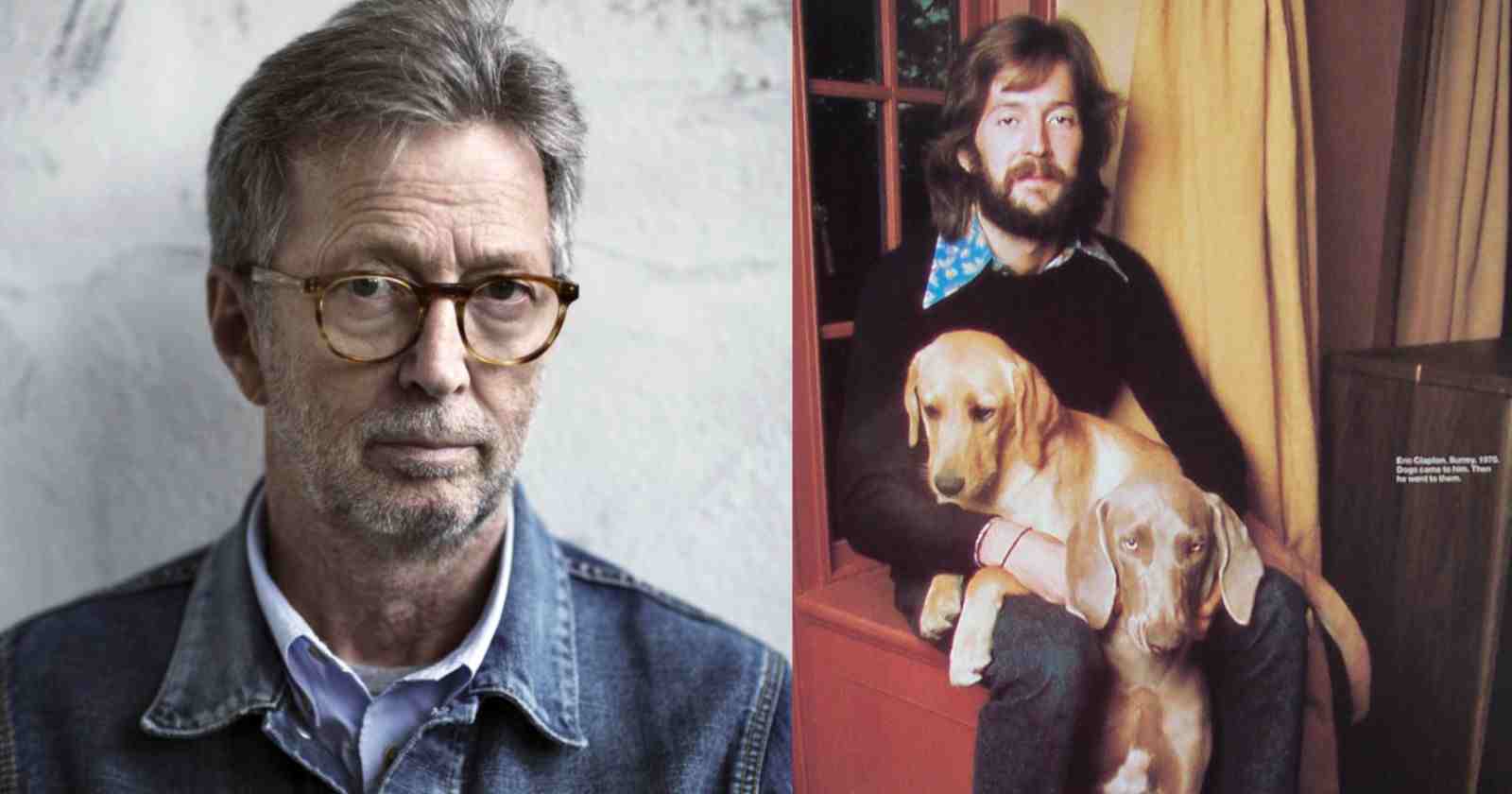 Guitarist Eric Clapton is considered one of the best of all time that recorded many incredible albums during his career. In an interview with BBC radio 4 back in 1989 he revealed the 8 albums or songs he would taked to a desert island.

The 8 albums or songs Eric Clapton would take to a desert island:

1. “Senza Mama” by Renata Scotto (an aria from the opera Suor Angelica by Giacomo Puccini)

“I love Puccini, I love Italian opera in general I find it gives me great tranquility to listen to and frankly it’s very moving. The ‘Senza Mama’ is part of his ill-treat eco and it’s a very, very beautiful area about a sister who finds that her illegimate son has died. It’s just the most moving and beautiful melody grow. I didn’t actually respond too well the first time I heard it. I thought it was quite plain but then more and more I listened to it the stronger it gets.”

Talking about the meaning of the song, Clapton said: Well, it’s similar in some respects that my mother left when I was very, very young. I was raised by my grandparents unknowingly until a later age (That she was his mother and not his sister). The funny thing was that when I heard this piece of music I had an idea of the story. But it had a very profound effect on me and it was only later when I examined the libretto that it was a very, very parallel story. I kind of listened to it and I feel what my mother must have felt and the agony of kind of watching me grow from a distance and not being able to take part in,” Eric Clapton said.

“I heard this on two-way family favorites when I was a kid. I never knew then what it was about, but I just loved the melody. It’s the harmonies, the way they intertwined it’s beautiful and it’s something you can even relate to Rock and Roll and whatever, any kind of music. Then I later found out it was about two friends swearing their friendship forever, no matter what and it turned out they were both in love with the same woman but they didn’t know at the time and I supposed that was they’ve got better. The song really expresses brotherly love, I think in a wonderful way.”

When asked if it was also a parallel with him falling in love and later getting married to George Harrison‘s wife Pattie Boyd, Clapton said: “Yeah, it worked out that way. We were friends from the mid 60’s, I did The Beatles show at Hammersmith when I was with The Yardbirds and we became friends. I think for me it was great to have a friend who was famous and worldly. Because he became very worldly, very quickly and he was slightly oldest.”

“It was a bit like an older brother and he liked me I think because of my dedication to the Blues and then Rock and Roll. We had a lot in common and then I met Patti (Harrison’s then wife) and I felt blisteringly enough with Patti. That went on in an unrequited way for so many years. Then when their marriage was on the rocks we started seeing one another and she finally left him. Many years later. I mean, it was on the boil for so long, but at the same time George, when I told him about it, his attitude amazed me.”

“Because it was ‘Well, if that’s what it’s gonna be, that’s what it’s got to be, you know, as long as we’re still friends, because that’s the important part’. The love for Patti is still there and alway will be but the love for George was never ever waned. We broke up four years ago (Eric talking about his divorce from Pattie) and we are still great friends. But the strongest thing really was that George and I have remained friends,” Eric Clapton said.

“He is (the record) the most disturbing and almost the hardest to listen to of all the Blues thing. Because it is such emotionally charged music. Well, that may not sound like it to the uninitiated. It’s musically the most complicated style of blues playing there is, I think,” Eric Clapton said.

“Muddy Waters was, I think, the biggest influence on me. He seemed to epitomize the consummate blues musician and in another way he was a great person to be able to admire because he wasn’t a degenarate, you know. He wasn’t into dope, he was very straight, tranquil man, almost like a Buddha figure.”

“When you’ve met him he was like a tribal chief or something. For me, he was a great person to follow and I met him and we worked together and we got on very well. But his music was a very strong part of my upbringing,” Eric Clapton said.

5. Stevie Wonder “I Was Made To Love Her”

This (song) Stevie Wonder “I Was Made To Love Her”, it seemed to be a changing point in music for me. I heard it in the 60’s and the bass playing in this song by Jamie Jameson changed R&B and Rock and Roll radically overnight, I think.”

“This is one of his early recordings that not many people have heard and I just think it’s a masterpiece”.

7. Freddie King “I Love The Woman”

“The first time that I evewr heard a guitar playing that I thought I could master. Or at least approach was from this man Freddie King and it was when I was around 17. So I heard him play a style of guitar that I think I could approach and conquer. In fact I went that way, that’s the way I play guitar. It’s completely derived from the way this man plays.”

“It was a livesaver for me. This is a record that I heard and it came from a movie which I saw at the time when I thought Rock and Roll was dead. I went to see ‘Purple Rain’ and I thought ‘Well, this is it, it’s a reincarnation of Little Richard, Jimi Hendrix and James Brown in one’. I thought that’s exactly what the world needed. Very controversial figure but I loved him dearly and I think he is a genius musically,” Eric Clapton said.