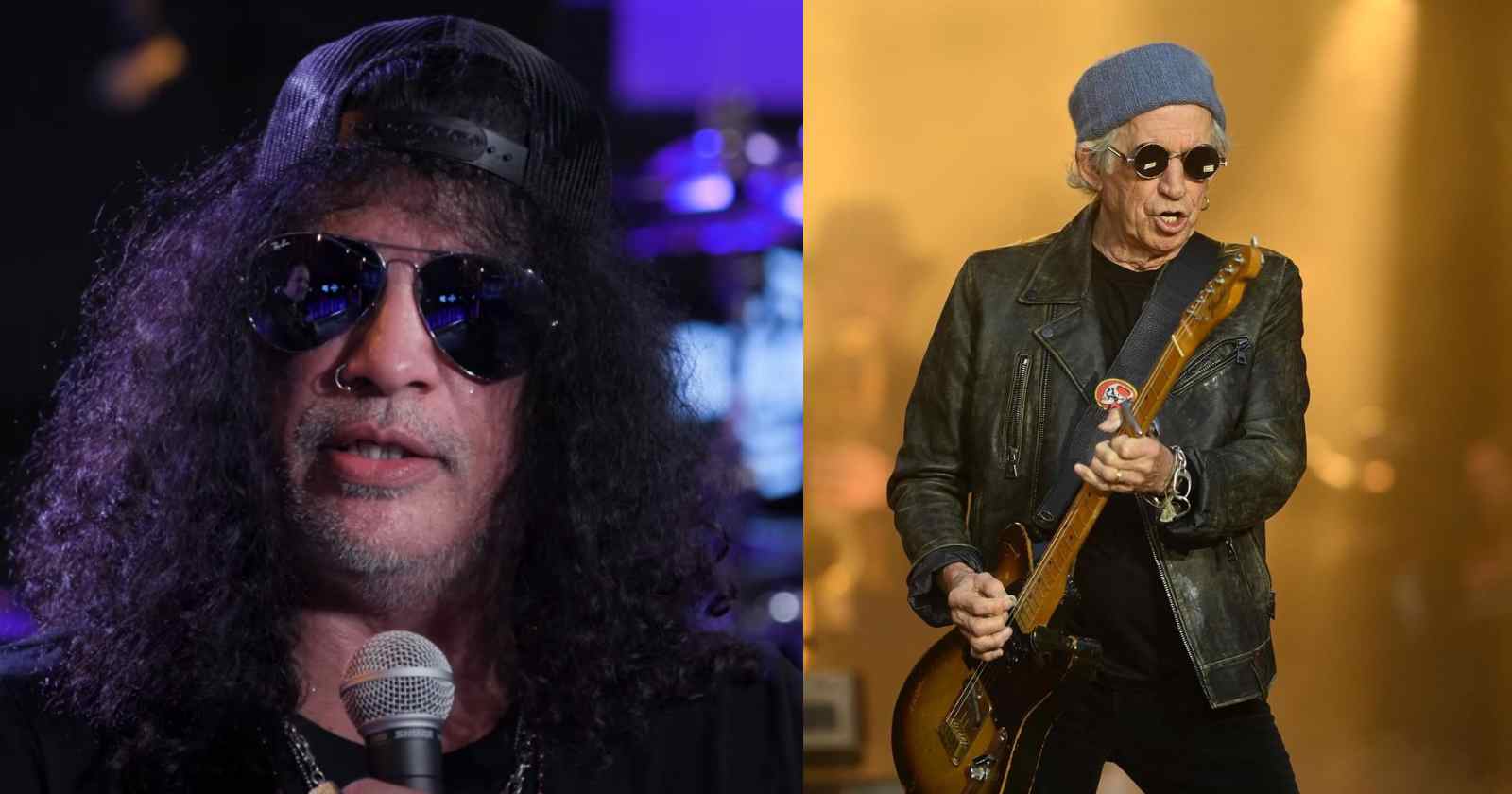 Images from Sirius XM and @hogieaaa__

Even though he is famous for being part of Guns N’ Roses, successful Hard Rock band formed in Los Angeles, California, guitarist Slash as actually born in London, England. He lived in the United Kingdom until the age of 5, what made him grow up hearing all the classic British bands, including The Rolling Stones.

In an interview with Jonesy’s Jukebox back in 2019, the musician listed his favorite Stones albums that according to him are “pretty much his favorite music of all time”. Rock and Roll Garage selected what the musician said about those records over the years and his connection with the band.

The 4 Rolling Stones albums that Slash listed as favorites

One of the most famous albums of the Stones, “Beggars Banquet” was released in 1968. It has classic tracks like “Sympathy for the Devil”, “Street Fighting Man” and “Salt of the Earth”. It was the last Stones album that was released while Brian Jones was alive and was a member of the band.

In an interview with Revolver magazine back in 2021 (Transcribed by Rock and Roll Garage), Slash recalled the funny story of when he first met Keith Richards, saying: “The first time that I really personally met Keith, he was great. But he pulled a f*cking switchblade on me. Ronnie Wood introduced us and took me to Keith’s hotel room. So Keith sort of motioned me over and he put not a switchblade, a butterfly knife and flash it around. I was like ‘cool’ (laughs). I didn’t know (how) I was supposed to react (laughs). But it was a funny, sort of auspicious kind of first meeting,” Slash said.

Guns N’ Roses covered “Sympathy for the Devil” back in 1994 for the movie “Interview with the Vampire”. The track was released in the same year as a single.

Another important Rolling Stones record, “Let It Bleed” (1969) has famous songs like the title-track, “Gimme Shelter”, “Midnight Rambler” and “You Can’t Always Get What You Want”. It was the last record to featured the band’s original guitarist Brian Jones. He was fired during the recording and died one month after. Mick Taylor was his replacement in the band and also appeared on the album.

In a conversation with Music Radar in 2014, Slash listed “Let It Bleed” as one of the 10 records that changed his life. He said that he likes other Stones albums from that era too. But he particularly chose this one because of the songs.

Released in 1971, “Sticky Fingers” was Rolling Stones’ 9th British/11th American studio album. The classic cover was designed by the legendary artist Andy Warhol. It has hits like “Brown Sugar”, “Wild Horses”, “Can’t You Hear Me Knocking” and “You Gotta Move”.

Talking with CNBC back in 2015, Slash listed the 5 songs he would choose to hear at the end of the world. One of them was “Can’t You Hear Me Knocking”, one of the tracks of “Sticky Fingers”.

The famous Stones double-album “Exile On Main Street” was released in 1972. It has hits like “Rocks Off”, “Tumbling Dice”, “Happy” and “Shine a Light”. In an interview with Esquire magazine back in 2014, Slash revealed that his favorite era of the Rolling Stones was the one with Mick Taylor on guitar: “The period that Mick Taylor was in the band, as far as lead guitar was concerned, that was my favorite Stones period.”